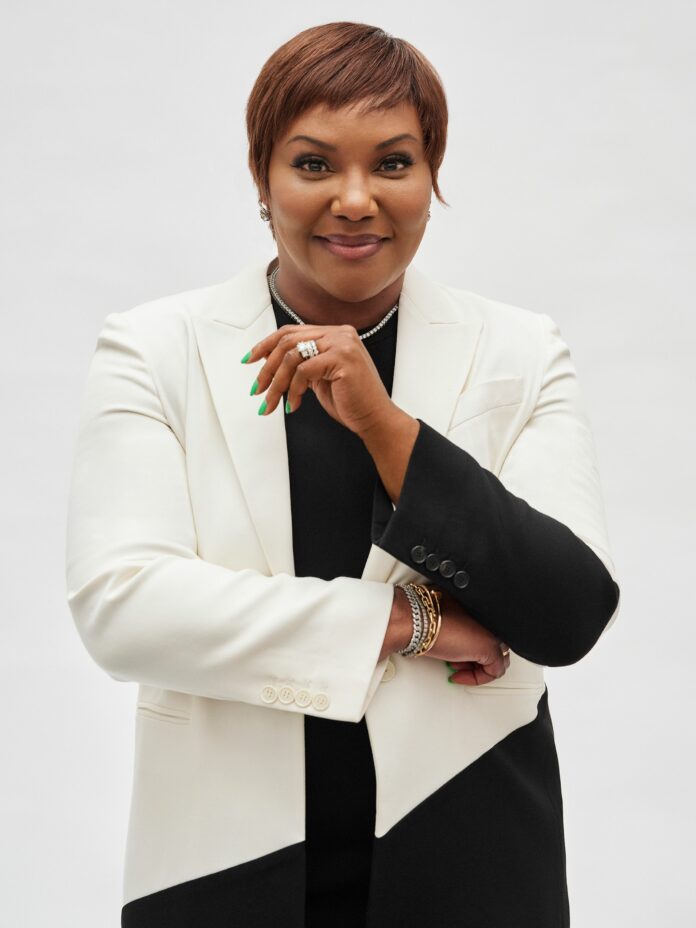 HOLLYWOOD, Calif. (April 27, 2022) — Fender Musical Instruments Corporation (FMIC), the world’s leading musical instrument manufacturer, marketer and distributor, announced on April 27, 2022, the appointment of two industry veterans to its Board of Directors: Amani Duncan and Maria Fernandez, beginning May 2022. The appointments come during record-breaking growth in guitar-playing history. With more than 16 million people in the U.S. picking up guitar during the pandemic*, the rise of home studios, and a flurry of digital-led performances and lessons taking place across social media, FMIC continues to provide players with the tools needed to succeed, living up to its mission to support artists at every stage of their musical journey.

“Over the past year, Fender has inspired a resurgence of people passionate about music, and we are proud of the incredible growth the brand has achieved,” said Mark Fukunaga, chairman of Fender Musical Instruments Corporation. “I am excited for Amani and Maria to join the FMIC Board, who both have a solid foundation of experience in the music industry in various roles. Their extensive knowledge and passion for music will be invaluable in guiding the brand.”

“We are very fortunate to have Amani and Maria join FMIC’s board at this time and the entire management team is looking forward to benefiting from their exceptional leadership experience,” said Andy Mooney, CEO of Fender Musical Instruments Corp. “The current generation of guitar players enjoy a broader spectrum of music than ever. Amani and Maria’s experience in two of today’s most important musical genres coupled with their unique professional perspectives will prove invaluable in terms of executing our ambitious growth plans.”

A Los Angeles native, Amani’s childhood was surrounded by musical influences starting at an early age with her father being a guitar player himself. Her upbringing was rooted in the belief in self-empowerment and the courage and optimism to achieve any dream. These foundational elements paved the way for her highly respected career within the music industry, leading marketing and promotions at Def Jam Records, Island Def Jam, Virgin Records, and Capitol Music Group. In 2008, she was recruited to Sean Combs Enterprises/Bad Boy Entertainment as CMO, providing her an opportunity to manage all aspects of Sean Combs’ growing business. Amani modeled business discipline with ventures in several different sectors including spirits, fragrance, film/TV, and philanthropy. From 2011 to 2017, she served as Head of Brand Marketing for C.F. Martin & Co., reviving an almost 200-year-old brand back into the cultural marketplace by fostering new relationships with Ace Hotels, Levi Strauss & Co., Stetson, Surfer Magazine, and Ed Sheeran, who was an emerging artist at the time. These endeavors, along with the development of a new mid-priced product, helped position the company for growth. Thereafter, Amani joined MTV as the Head of Music with the goal of strengthening the brand’s connection with artists and focusing more heavily on the VMAs to showcase talent. Currently, she oversees BBH USA, an advertising agency that is part of Publicis Groupe, as CEO leading creative marketing efforts on behalf of top-tier clients including Google, Heineken, Samsung USA, Barbie, and Netflix. Amani serves on the BBH Global board and is also leading an inclusivity race for women in the workforce and racial diversity spearheading internal initiatives, including DEI, helping the agency become 64% female and reach 50% diversity in race. Amani joins the FMIC board with a wealth of creative and business expertise across many industries including music and media.

“From my time at Def Jam, Martin Guitar, MTV, and my current position at creative agency BBH USA, music has been a constant presence and a cornerstone in my professional work and personal life,” said Amani Duncan, CEO of BBH USA. “I have always been a huge fan of Fender guitars, and it is such an honor to join the illustrious board of this iconic brand.”

Born and raised in Venezuela, Maria’s upbringing was rooted in musical culture. She is an accomplished music industry professional with expertise in finance, operations and P&L orientation. Prior to her college graduation in Caracas, she began her career with The Walt Disney Company, where she started as a Financial Analyst. In 2004, she joined the DirecTV team followed by Probiz, a consulting agency through which she served as the Finance lead for a start-up voice over IP company.  After three years with the company, she moved on to Sony Music Entertainment (SME) where she has been on an accelerated growth path in progressively senior-level roles, achieving five promotions in the past fifteen years. Today she serves as EVP of Operations and COO where she works closely with the CEO to create and implement strategic planning, focusing on the Latin Iberia region, which is a key driver for the company with revenues in the triple digits.  In addition, Fernandez works closely with their roster of artists leading deal negotiations on behalf of the company, oversees SME’s analytics initiatives on a regional and global level and handles mergers and acquisitions in the region. At SME Maria is dedicated to ensuring others have the opportunity to chase their dreams as well as fostering diverse teams that encompass both gender and race. Maria joins the FMIC board as a fierce female leader encouraging women to speak up and start the conversation because it’s the only path forward.

“I am very grateful for the opportunity to join the board of FMIC, a company with a rich history, a culture of innovation and a service mindset,” said Maria Fernandez, EVP, COO Latin Iberia at Sony Music Entertainment (SME) “Growing up in Venezuela, I would have never dreamt of one day joining such a recognized company and it will be a privilege to work with their fantastic team. As someone who has always worked to support women, it is especially gratifying to be joining the board with an executive of Amani’s caliber.”

Founded in 1946, Fender has created guitars, amps, pedals and accessories for players around the world and their innovative musical equipment has been played on more stages than any other company in the industry. Through their portfolio of brands, FMIC is dedicated to unlocking the power of musical expression for all artists and players alike, from beginners and students to history-making legends. Championing artists has been at the foundation of FMIC’s endeavors, an ethos that is an echo of Founder Leo Fender’s famous mantra: “Artists are Angel’s, it’s our job to give them wings to fly.”

For over 75 years, the brand’s mission has been one hundred percent committed to serving players at every stage of their musical journey by creating and delivering best-in-class instruments that help artists and players move their craft forward and keep guitar relevant in music culture. In 2015, FMIC introduced its digital arm, and two years later, it launched Fender Play, which unlocked the power of musical expression for all players, providing fun and invigorating guitar lessons available conveniently at their fingertips. In late 2021, FMIC entered a merger with PreSonus Audio Electronics, a leading design manufacturer of recording and licec-sound hardware and software solutions that solve real-world problems for working creatives. Together, their passion for music and commitment to innovation will help equip and inspire current and future generations of artists.