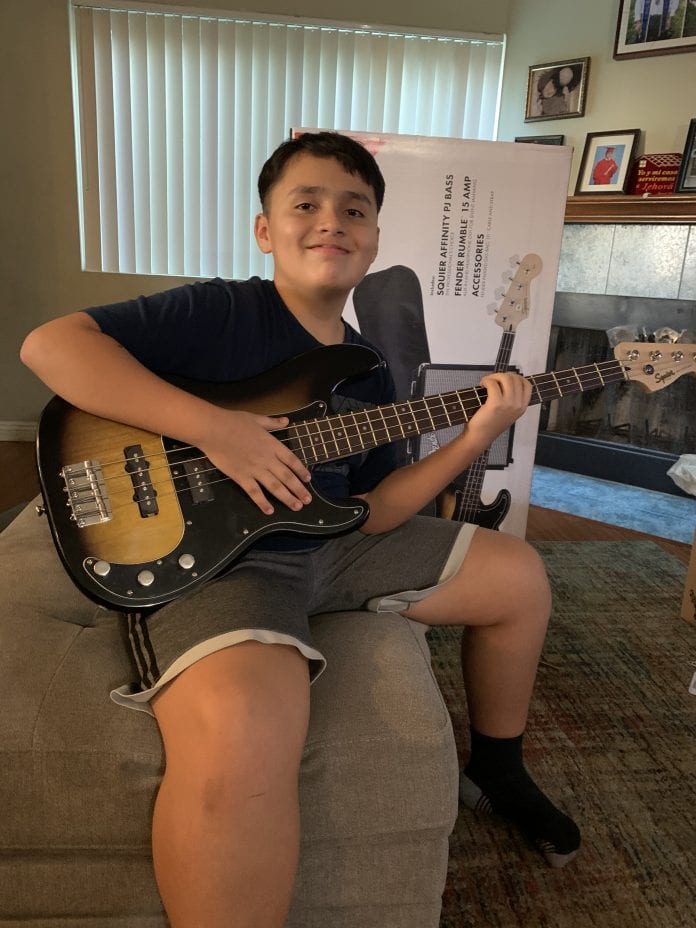 HOLLYWOOD, CALIF. (May 21, 2021) — Fender Play  Foundation™ is proud to welcome inaugural members to its leadership board alongside CEO Andy Mooney and CFO Jim Broenen. Iz Avila, Winston Cox, Charmaine Jefferson, Terry Lewis, David Robinson and Rick Roskin, will be supporting Fender Musical Instruments Corporation’s (FMIC) 501(c)(3) public charitable organization, in its mission to expand access to music education, put instruments into the hands of students and empower self-expression. The centerpiece of the Fender Play Foundation™ is its middle school music program in partnership with Los Angeles Unified, the 2nd largest school district in the U.S, which is well on its way to reach its goal of 10,000 by the end of 2021. The new members join as the Fender Play Foundation™ celebrates Los Angeles Unified’s music program’s first full year.

In Summer 2020, the Fender Play Foundation™ launched in partnership with Los Angeles Unified to equip the next generation of artists with a unique, teacher-led model that provides synchronous and asynchronous learning. The program aims to provide educational opportunities for students to keep them playing for life by equipping them with Fender® acoustic and electric guitars, basses and ukuleles delivered to their doorstep. Along with a personalized curriculum developed by Los Angeles Unified and Fender Play®’s team, which includes continuous access to its online learning app, this program is breaking new ground as a sustainable, scalable and innovative model for music education. “In the midst of a global pandemic, we knew children would need, more than ever, a way to connect with one another,” Los Angeles Unified Superintendent Beutner said. “We reached out to Fender and they answered the call to serve.”

Access to music education has many benefits, including enhanced cognitive function, improved creativity and confidence through expression, better mental health and greater emotional and social stability. “I like being able to learn a new instrument and that we all have this one thing in common,” said Los Angeles Unified students. “I like that I am able to play without anyone judging me and that makes me feel comfortable with everyone else.”

Since launching the program in June 2020, the Fender Play Foundation™ has placed instruments and Fender Play subscriptions in the hands of over 5,000 students. Of these, 77% of students were first-time players, and cumulatively, 87% plan to continue playing their instruments. To date, the program has donated over $1 million in resources and equipment, with a goal of giving more than 35,000 students the opportunity to learn a new instrument by the end of 2023 and 1 million students nationwide by 2030.

Today, the Fender Play Foundation™ will hold its commencement event to mark the first full school year. The annual celebration is hosted by Fender® to acknowledge and commemorate the hard work and progress of students learning an instrument through the Fender® and Los Angeles Unified Middle School Music Program. It marks the end of a full year of students playing acoustic and electric guitars, basses and ukuleles with the help of dedicated Los Angeles Unified music teachers and support from the Fender Play® app, a digital learning platform. The virtual event features student performances and speeches from special guests and world-renowned artists to encourage them to keep playing.

This year, the audience will be welcomed by bassist and actor Jason Momoa, best known for his performance in Aquaman. Opening remarks will be led by Paul Sidoti, vocalist and multi-instrumentalist followed by a speech from five-time Grammy-winning artist and new board member Terry Lewis. American recording artist, composer, and Grammy-nominated musician Divinity Roxx will also be in attendance along with eight-time Grammy award-winning American singer-songwriter FINNEAS, who will both present remarks. The event will also feature opening remarks by Fender Play Foundation™ co-president Ed Magee, Los Angeles Unified Superintendent Austin Beutner and special performances by students.

“With the support and guidance of our new board members, we feel that goal has never been more within our reach as we set our sights on serving over 10,000 students by the end of this year,” added Ed Magee, Fender EVP of Operations and Fender Play Foundation™ Co-President.

Newly Appointed Fender Play Foundation™ Board of Directors include:

Please contact [email protected] for any inquiries or questions.  Donations can be made here. Spring 2021 Semester images and videos here. Join the conversation on social media by following @Fender and @FenderPlay.