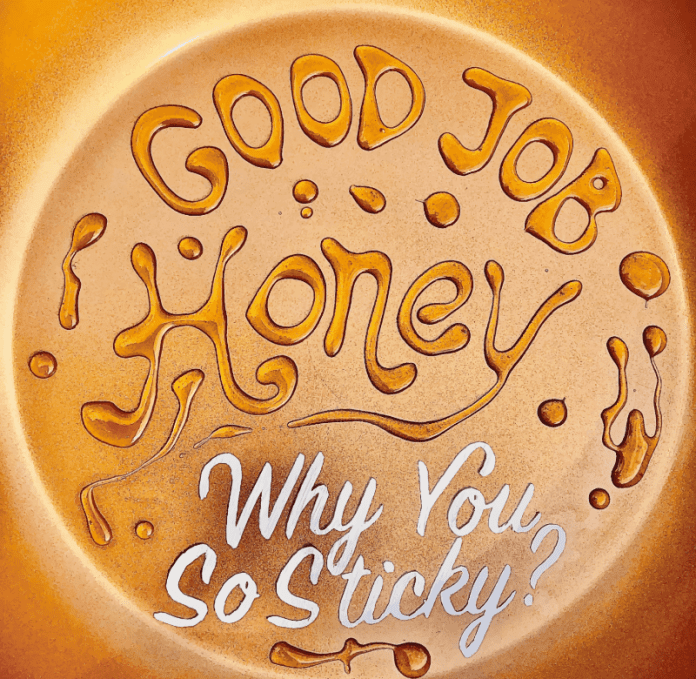 (New York, NY July 30, 2021)  It’s believed that the pacing of comedy is comparable to the rhythm of music. Humoristic folk-fusion band Good Job Honey understands those sentiments exceptionally well. After releasing their popular singles “Lazy Lovin’,'” “Crazy Country” and “Balls From The Back,” the eccentric trio has now released their debut album Why You So Sticky?. Through their long-awaited album, Good Job Honey seek to energize and inspire joy for all who listen, fusing multiple genres including folk, funk, bluegrass and Americana.

Currently available on all digital platforms, the 10-track album blends drums, guitars, ukulele, and brass instruments underneath humorous lyrics. The songs carry a variety of themes, including living life boldly, a satirical outlook on the male body and the unpredictability that comes along with romantic love and partnership.

Known for their the eccentric style with a comedic flavor, the band says about the making of their debut album:

“Making this album was incredible, we learned so much and grew as people and as musicians. It is a snapshot of who we were when we wrote these songs and of the growth we achieved through them. We are so excited to get our music out into the world, through ear holes, into brains and bobbing heads and tapping feet. Our moms LOVE the album! If our moms’ enthusiasm for this album is any indication of what is to come, we are going places… like, this thing is really going to explode! We’re gonna be totally famous, like fans dropping to their knees, crying, famous. And rich, don’t forget rich.”

Be sure to check out Good Job Honey and their debut album, Why You So Sticky?,  available now on all streaming platforms!

Why You So Sticky?