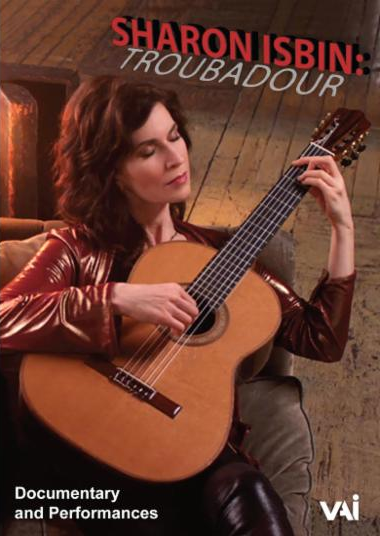 Marking her debut as an on-air guest host for SiriusXM’s Living American program on Symphony Hall (Channel 76), multiple GRAMMY winner Sharon Isbin presents two programs she curated dedicated to new guitar concerti composed for her by great American composers, to air Tuesday April 27 & Tuesday May 4 at 7pm EST. Isbin’s narrative and engaging personal stories will draw the listener in to experience these historic guitar concerti by some of the finest composers in the world today. Living American is a weekly program on SiriusXM’s Symphony Hall:

The above concerti are part of Isbin’s catalogue of over 35 albums which have sold nearly a million copies. Her two latest releases of world premiere recordings of music composed for her include Affinity, featuring Chris Brubeck’s acclaimed concerto, praised in Gramophone: “Isbin’s terrific latest recording evinces a wonderful talent for making fully hers what was written for her…Bright, jazzy, energetic…a sparkling, virtuoso account.” Strings for Peace, with India’s legendary Amjad Ali Khan in a program of ragas for guitar, sarod and tabla was hailed in Rolling Stone as “a remarkable spiritual and emotional journey… combining the guitar and sarod results in an extraordinary blend.” Both recordings were named Best of 2020 in media outlets including Sirius XM, Audiophile Review, Classical Guitar Magazine, Deep Roots, to name a few.

Acclaimed as “the pre-eminent guitarist of our time,” Sharon Isbin was named the 2020 Musical America Worldwide Instrumentalist of the Year, the first guitarist ever to receive the coveted honor in its 59-year award history. She has been soloist with over 200 orchestras, performed in the world’s finest halls and has premiered over 80 works written for her by some of the world’s finest composers. Upcoming projects include a quintet by Joseph Schwantner for Sharon and the Pacifica Quartet, and a concerto by Missy Mazzoli. Recent highlights include a work commissioned for her by Carnegie Hall and Chicago’s Harris Theater, a 21-city tour with jazz greats Stanley Jordan and Romero Lubambo, collaborations with Sting, and sold-out performances at the Kennedy Center and Carnegie Hall.