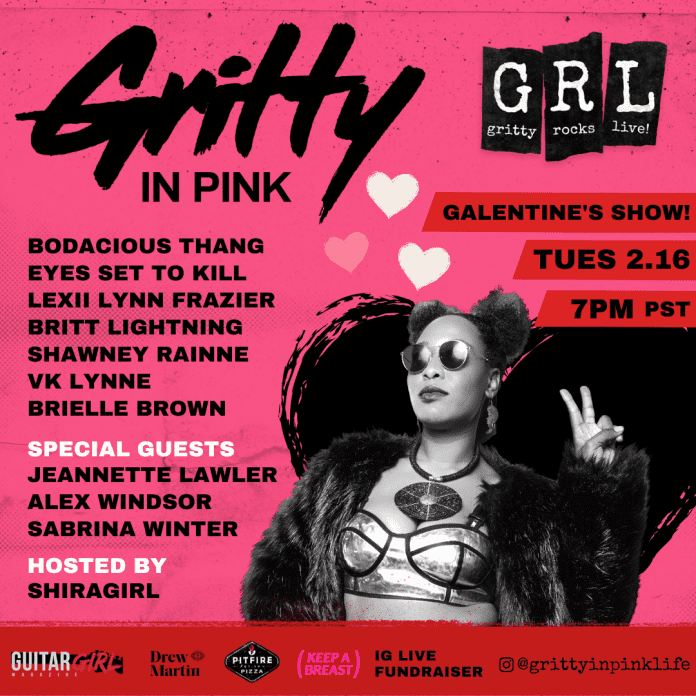 Los Angeles (February 2021): With Valentine’s Day season upon us, Gritty In Pink is celebrating the most important type of love: self-love. Gritty In Pink will host a powerful all-female lineup for the Gritty Rocks Live (GRL) Galentine’s Fundraiser for Keep A Breast on IG Live on Tuesday, January 16 at 7 pm PST/8 pm EST.

This show follows the success of Gritty’s first Livestream of the year, the One Year Anniversary show, which drew over 1,200 live viewers. That GRL Livestream recalled the organization’s historic launch event and featured eight artists, including

Singer/songwriter Lexii Lynn Frazier, who has played with many major artists such as

Chloe x Halle will be one of the featured performers, and she is among the new Gritty In Pink artists. Her motto is, “When your love for art and music is true, then there is nothing in this world that can stop you from doing what you love to do.”

This show will be Gritty In Pink’s second annual Galentine’s show, and the community is happy to be able to continue spreading the love virtually this year. Gritty In Pink has many live streams in store for 2021, in addition to other exciting projects in development. 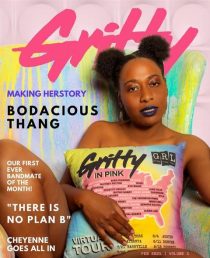 In February, Gritty In Pink announced its first-ever Bandmate Of The Month, a new virtual magazine campaign to highlight selected artists each month. Volume 1 features Cheyenne of Bodacious Thang, who has been a member of the Gritty In Pink family since its inception in January 2020. Bodacious Thang recently released a hard-hitting new single, “ForGive and ForGet.” Gritty In Pink is proud to present an inspiring Black female artist in honor of Black History Month.

Shira Yevin, Gritty In Pink founder, says “We are thrilled to bring back our Galentine’s special virtually, and celebrate self-love within our female tribe! We have an amazing lineup coming together to fundraise for Keep A Breast, and we are very proud to feature our first Bandmate of the Month, Bodacious Thang.”

Gritty in Pink is a new platform empowering women in music through performance, partnerships, and networking opportunities. Founder Shira Yevin has a legendary history of breaking down barriers and carving out a space for women, as the creator of the Vans Warped Tour Shiragirl Stage, which featured 300+ female musicians, including Joan Jett and Paramore. Gritty in Pink continues that legacy of providing community and a stage for female voices in a male-dominated industry, having showcased 160+ artists with a collective IG following of over 2.5 Million.