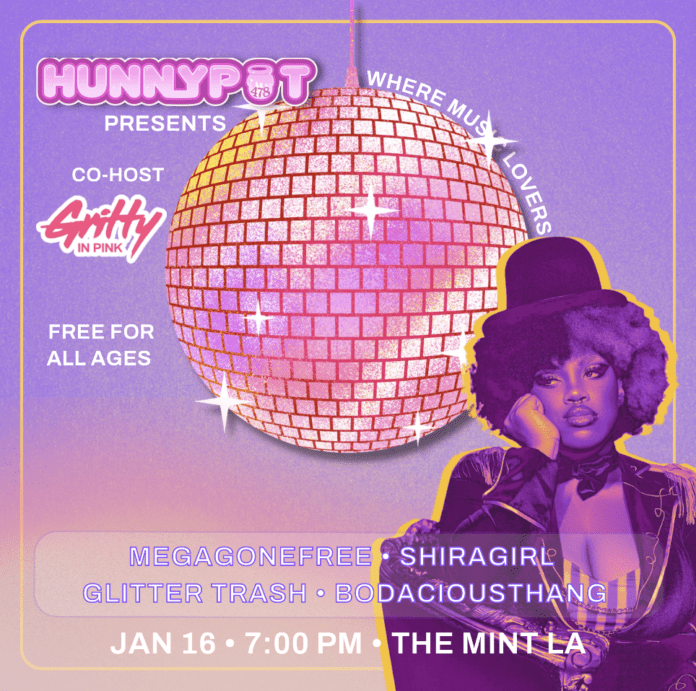 Why: Hunnypot and Gritty In Pink are bringing together the local LA community to celebrate womxn on MLK Jr Day. A fun night with a bill of electrifying womxn artists, music, entertainment, and more. Hunnypot Live, known as the place where music lovers go to play!

Who: Gritty In Pink – a female-led platform, on a mission to achieve gender equality in the music industry. They empower women in music through an online community, partnerships, events, and their new marketplace INPINK, recently partnered with Live Nation Women.

Hunnypot Live – is a bi-weekly, Podcast/Concert/Industry Mixer with 480 shows recorded over the last two decades that celebrates music, discusses current cultural musical trends, and shares opinions on the state of the industry. Launched in November 2005, Hunnypot features live in-club performances by some of the most exciting and diverse artists in music today.