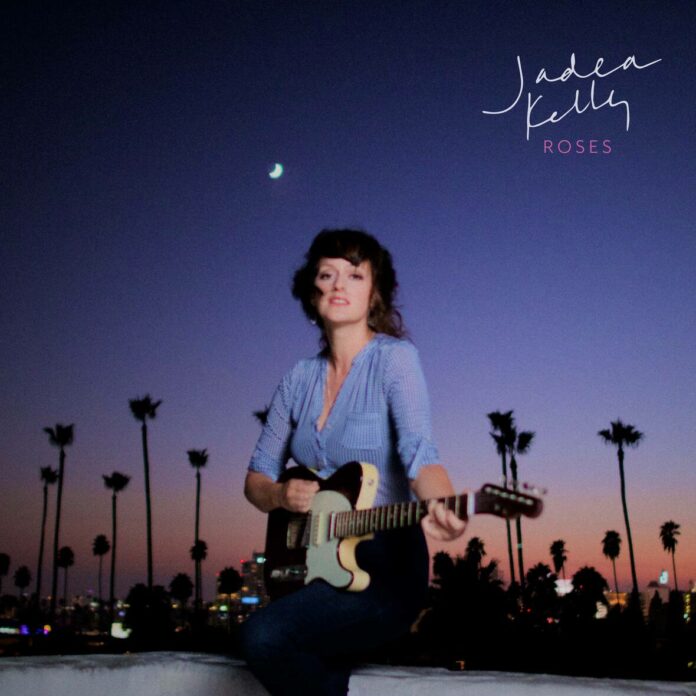 NEW YORK – March 4, 2022 – “Roses was a complete joy to compose and truly reflects my journey to a conscious and balanced state,” singer-songwriter Jadea Kelly says of her new album Roses, out today via Darth Jadea Music / Tonetree. “To me, Los Angeles is a gift I gave myself. It was a blank slate to finally confront my emotional, physical and financial health. The result is Roses. The result is abundance and joy. I’m holding the light up now, and roses are falling all around.”

The 13 original songs on Roses were composed over the last four years in Ontario, Canada, Nashville, TN and Los Angeles, CA, where Kelly is now based. Roses is Kelly’s fourth studio album and standout tracks include singles “Any Old Boat,” a simple, sweet love song, “Stupid Goddamn Face,” about unrequited love, and “Happy,” an anthem celebrating freedom, a wild uncharted artistic path, and the choices women want to make with their lives, whatever they may be. Themes of love, connection, and chasing wholeheartedly after what brings you joy weave throughout the album.

“We wanted to film a collection of vignette memories of a past love, mixed with images that represented a triumphant return to joy, power, independence and abundance,” adds Kelly. “I bought five bouquets of roses, drenched most of them in gasoline and we burnt them in slow motion.”

“I ended up tracking a majority of the album in Toronto with my Canadian friends and bandmates, in person and virtually,” she says. “It felt full circle to record in Canada after four exploratory years in the U.S. I love California with all my heart. It is my new-found home and has provided a playground to rediscover my confidence, my freedom, my voice and a collection of songs that truly reflects my journey to health.”

Described by CBC as ‘one of the shining jewels in the crown of Canadian songwriters’ (Tom Power, CBC) Kelly spends her time writing and living between rural Ontario Canada and Los Angeles CA. She has co-written and toured (as opener and backing vocalist) with the likes of Justin Rutledge, Whitehorse, Judy Collins, Catherine MacLellan, Royal Wood, Kelly Prescott, Sweet Alibi, Peter Katz, The Digging Roots, Leela Gilday and Joey Landreth. She has also performed and showcased her music across Canada, The United States and Europe, performing at the likes of AmericanaFest (Nashville TN), Winnipeg Folk Festival, Calgary Folk Festival, Edmonton’s Interstellar Rodeo, Metal Toronto and Peterborough Folk Festival. Despite her Americana influence, she is also the featured vocalist with JUNO award-winning metal group Protest the Hero (Kezia, Scurrilous and Volition).