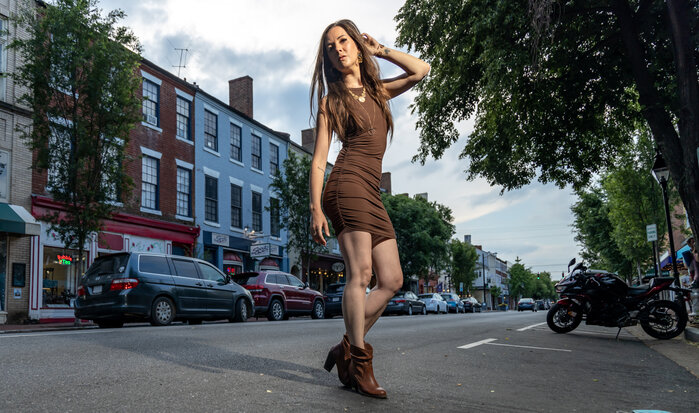 Today, award-winning artist Karen Jonas has released her take on Don Henley’s classic song “The Boys Of Summer.” The single appears on Summer Songs, a new four-track EP set for release on August 20th, along with Gumballs, a book of original poetry. “On her forthcoming EP, singer-songwriter Karen Jonas leans into the song’s ability to take listeners back in time with her own version,” said The Boot in the premiere. “There’s a bit more pedal steel in Jonas’ cover than in the original, and particularly in the chorus, the artist uses her voice to tweak the familiar melody here and there to add something new to it.”
“The Boys Of Summer” follows the release of  “Summer’s Hard For Love,” which Glide Magazine said was, “A rainy day whirl of jazzy melodies and crafty songwriting,” adding, “Jonas sings with a warm vibrato that makes like a mix between Lana Del Rey and Cowboy Junkies, evolving into an unforeseen summer go-to song.”

“Somewhere along the way, I got tough because I had to,” Jonas told The Boot. “Balancing my complexity as a human with my roles as a touring singer-songwriter and a mother of four has been amazing, but challenging and consuming. Things are easier when you’re tough: You can weather more storms and move farther faster. But, to find that place and still be vulnerable, raw and genuine — that’s the artist’s dream. So, I took it on,” she added. “I assessed the state of who I am and where I’ve been, and why, with as much clarity as I could. Over the course of a raw week in January, I wrote frantically. I didn’t worry about what my kids or my mother or you would think, I just wrote.”
Jonas amassed over 60 poems, vignettes of hard scenes from her life, and realized she had written a book, covering everything from divorce to religion to dating to spiders; this vastly personal autobiographical collection of poems allowed her to find a more vulnerable place to embrace these gems from her old songwriting notebooks.
“I began to hear flashes of these songs as I was writing my poetry collection, songs I started writing years ago. I reconnected with them and spent a lot of time reprocessing and editing,” she adds. “I was able to update them to my current songwriting sensibilities while maintaining the sweet vulnerability of the inspiration for these summer-themed tunes.” The result is Summer Songs, three heartfelt originals and a show-stopping cover of “The Boys of Summer.”

Through swooping pedal steel and bluesy guitar, lush harmonies and beautifully-crafted lyricism, Jonas paints a vibrant sonic portrait with stories to which we can all relate—tales of love and loss, and of hope and reclamation. Jonas’ writing harkens back to her songcrafting heroes Joni Mitchell and Bob Dylan, with a sonic nod to modern greats like Gillian Welch and Jason Isbell. Her investment in artistic excellence continues to pay off with her upcoming release Summer Songs.