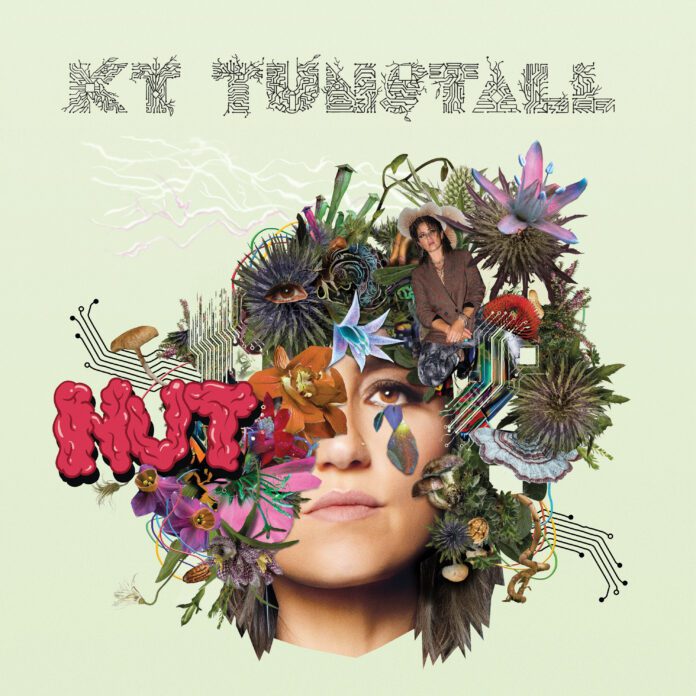 Los Angeles, CA – September 13, 2022 – The GRAMMY®-nominated Singer/Songwriter KT TUNSTALL releases NUT, her seventh studio album and the last in a trilogy of albums she began recording and releasing in 2016. Tunstall plans to tour the U.S. in 2023, but will make a special appearance at The GRAMMY Museum® in Los Angeles on October 18 for an intimate live performance with Q&A, more details here.

Tunstall has always been a Songwriter with a singular knack for balancing introspective folk and propulsive rock, and as described by Americana Highways “…infectious dance beats”. NUT is an eclectic album that seamlessly weaves together disparate styles including the 80’s new wave album focus track, “Demigod,” whose meaning as Tunstall explains, harkens back to another iconic songwriter, “I spent an immeasurably inspiring time in the company of Stevie Nicks some years ago, and she fascinated me with her mixture of being so down-to-Earth, yet simultaneously completely ethereal. ‘Nut’ is also the name of the Goddess of the Sky in Ancient Egyptian mythology, so this song paints Stevie as that mythical Sky Goddess.”

KT Tunstall burst onto the music scene with her 2004 multi-platinum debut, Eye to the Telescope, which spawned the global hits “Black Horse and the Cherry Tree” and “Suddenly I See.” These songs established Tunstall as a captivating, must-see performer, as well as an extraordinary Songwriter who captures both an introspective view while channeling her inner rock edge. “I feel there are two immediate, recognizable pillars of my style,” she says. “I have this troubadour, acoustic guitar-driven emotional side. Then there’s definitely a rocker side of me with sharper teeth.”

In the last few years, the GRAMMY®-nominated Scottish Musician has expanded on these musical selves by focusing on a trilogy of records, where each album zeroes in on a single concept: soul, body and mind. The first, 2016’s KIN, was the soul record; 2018’s WAX was the body record, and the new NUT is the mind record.

“NUT is the culmination of a seven-year project,” Tunstall says. “It’s the final part of a trilogy of records that has spanned probably the most extreme and profound period of change in my life. The personal arc of these three records has been pretty extraordinary for me.”

In light of this personal evolution, it’s no wonder that NUT is such a step forward. However, it’s clear Tunstall relished leaving her comfort zone and trying something new. “I made NUT completely differently from any other record I have ever made,” Tunstall says. “But I wanted to do things differently. The reason I pursued music was because I had to avoid a repetitive job. I need to feel a constant sense of exploration in life. And I’ve realized you can absolutely fall into repetition even in this job. And so for NUT, I was like, ‘Come on, let’s do what we said we were going to do. Let’s push into something new.’ What’s most important is that I made an exciting, meaningful record that I love, and had fun while I was doing it.