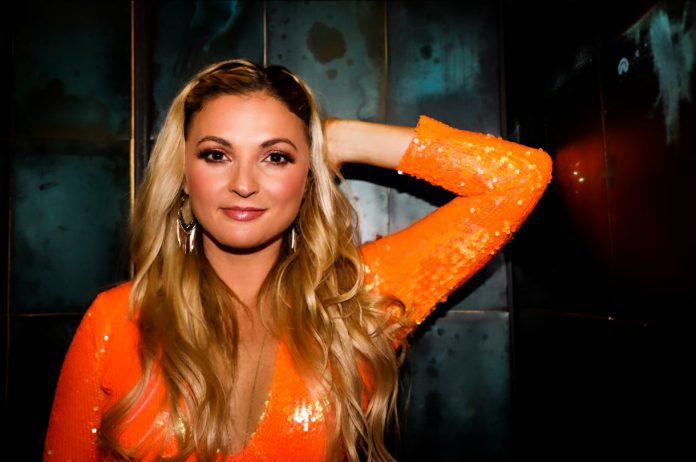 September 29, 2021 (Nashville, TN) – Country music artist, viral sensation and innovative entrepreneur Karen Waldrup’s project with Music Benefactors is a revolutionary funding platform which enables music fans to invest in the projects of their favorite artists and share the royalties the albums generate. The support for this project is exploding with 42% funded for the maximum goal in just a few weeks post-launch. The minimum goal has already been funded over 110%. Opportunity still exists to invest in funding her new project, Somebody’s Got To Be First, until October 31. The five-song EP is being produced by legendary producer Paul Worley, who discovered the Dixie Chicks and has produced projects for Lady A, Martina McBride, Big and Rich and countless others. Waldrup is one of the first country artists to publicly issue and sell equity in a project. Invest here.

“I am blown away by the amount of support we’ve received for this project already,” says Waldrup. ‘”I love being first in endeavors that are pushing the envelope in the music industry. I believe with over one million #waldrupworldwide fans and this new music coupled with legendary producer, Paul Worley, we can be the first successful public securities offering of a music project in Country Music history. After all, Somebody’s Got To Be First.”

“I met Karen several years ago and was immediately taken by her voice and passion for her work. Since then, I have watched her grow exponentially! She has it all! She is beautiful with a ‘never met a stranger’ personality. Her singing is spot on perfect, and so emotional,” explains Worley. “She now has a very large fan and touring base, and the songs she is ready to record are great. I am fully committed to her career and encourage anyone interested in supporting great music to get on board.”

Waldrup’s team is conducting a public equity offering. Fans can purchase shares in this project for as little as $50 for 50 shares. In addition to owning equity in the music, investors committing at least $200 will get access to Waldrup’s artist premiere portion of her website hosted by Rhythmic Rebellion, which is a password-protected area of her website featuring exclusive content. Fans committing $1,000 or more to Waldrup’s project will receive a collectible autographed canvas print.

Through Music Benefactors, Waldrup and other artists use the platform to raise capital while maintaining ownership of their master recordings and copyrights. This affords artists the luxury to raise capital to properly produce and market music. When music is streamed, purchased, played on the radio or used in TV and films, royalties are paid to rights holders. For the first time ever, fans and investors can participate in this exciting investment.