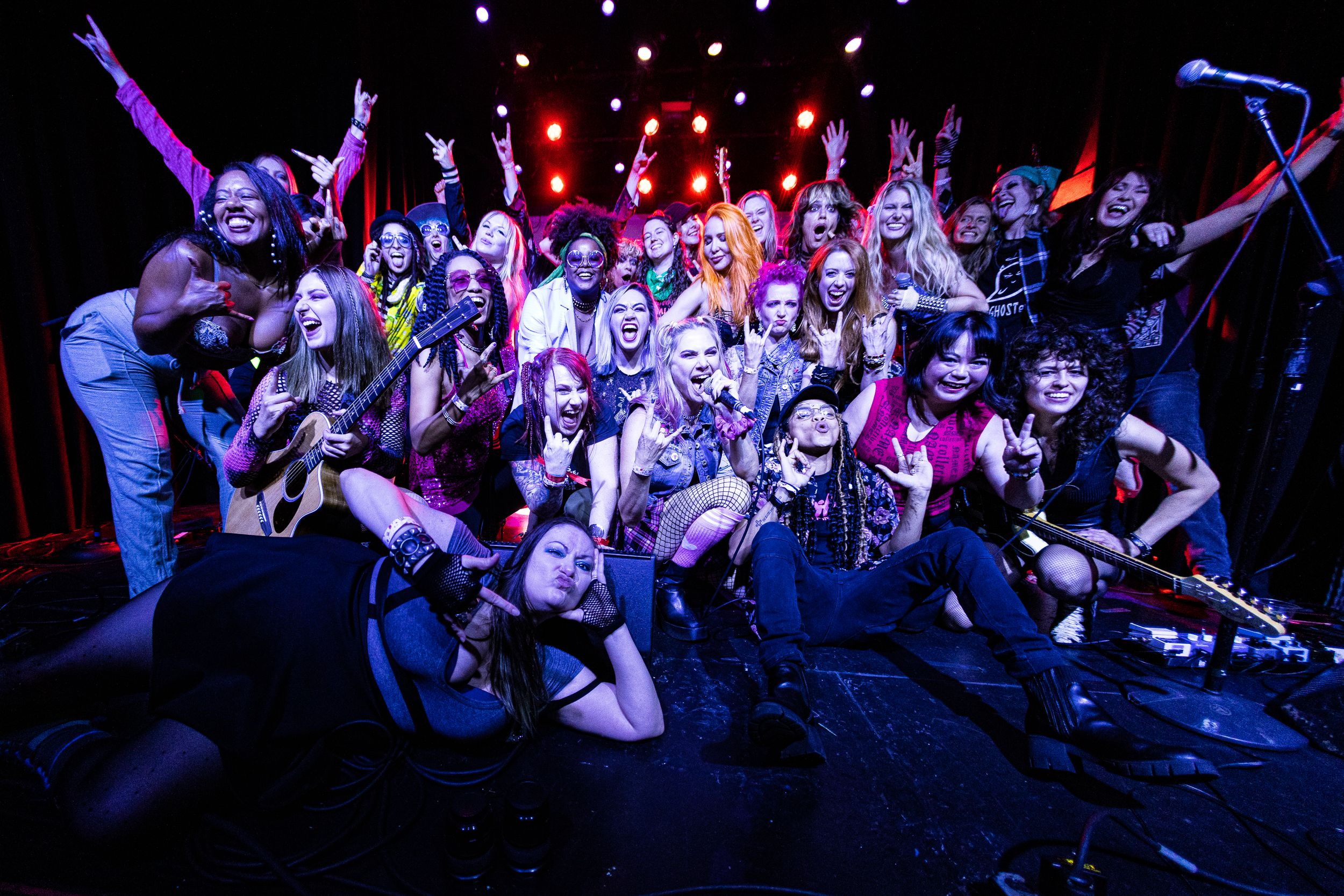 Los Angeles, CA, October 25, 2022 – Live Nation Women is proud to announce an investment from the Live Nation Women Fund into Gritty In Pink, a company building the INPINK marketplace: a new platform connecting the music industry to a diverse community of female creators and pros.

The Live Nation Women Fund is a global, early-stage fund that Live Nation established to improve gender equality across the industry by investing in female-founded live music businesses. It aims to provide capital and resources for underrepresented female entrepreneurs across the live music space. This strategic deal contributes to Gritty In Pink’s upcoming $1M pre-seed round underscoring Live Nation’s strong belief in Gritty In Pink and their founder, Shira Yevin.

The INPINK Marketplace connects women who work in all aspects of the music business, with industry professionals who want to hire diverse women. The marketplace is a pipeline of talented female and non-binary freelancers accessible through a searchable, online roster of professionals across the country. The business is also backed by Strategic Advisor Melissa Etheridge.

“My partnership with Gritty In Pink has been so special to me, and I am so excited to share the news that Live Nation has now joined us. It’s been amazing to see the INPINK marketplace grow and provide much-needed opportunities for female creators. Adding Live Nation to the mix will only broaden the marketplace. Let’s get Gritty!” Melissa Etheridge notes.

Gritty In Pink is also partnering with Live Nation Women on a residency at The Echo LA for their All GRL Jam series, which features 50+ female/non-binary musicians performing themed cover songs. The event series, which included installments for Pride and 90s editions, has garnered over 2M impressions and been featured in LA Weekly. The next All GRL Jam: Holiday Special is Thursday, December 8, and entry is free with login to INPINK.

Gritty In Pink’s founder Shira Yevin embarked on her crusade to change the male-dominated landscape of music during the mid-aughts by crashing the Vans Warped Tour with her all-girl band Shiragirl and a pink RV. Noticing a complete lack of female musicians on the tour, they carved out space for women by creating the Shiragirl Stage, which featured over 300 female artists, including rock icon Joan Jett and Paramore. Such chutzpah earned Shiragirl a spot in the Warped Tour exhibit of the Rock & Roll Hall of Fame.

With women and gender-marginalized people still underrepresented within the music industry, there is a huge opportunity and freelance talent pool. Gritty In Pink has a vision to be the global destination to hire female freelancers in music and every industry. The market for freelance services in the US is $1.3T and growing, with $10B of the revenue coming from music-related services.

“It’s been the ride of my dreams so far, watching Gritty grow from a little event series in January 2020 to a livestream show, online network, launching a marketplace, teaming up with legendary names like Melissa Etheridge, Joan Jett, and now Live Nation. And to think, we’re just getting started. The future of music is female.” remarks Founder/CEO Shira Yevin.

Since 2020, Gritty In Pink has hosted 75+ live and virtual events, worked with 20+ brands and charities such as ACLU, Mackie, Johnnie Walker, and more. They’ve featured 250+ artists including industry veterans and feminist pioneers and recently collaborated with Joan Jett and her label Blackheart Records, who used their INPINK platform to hire an illustrator to design the next Joan Jett & the Blackhearts’ tour poster.

Women creatives and professionals are encouraged to sign up and submit a free listing on the platform and those hiring in the music industry can search the network of diverse female professionals at INPINK.com. Learn more about the Live Nation Women Fund here.