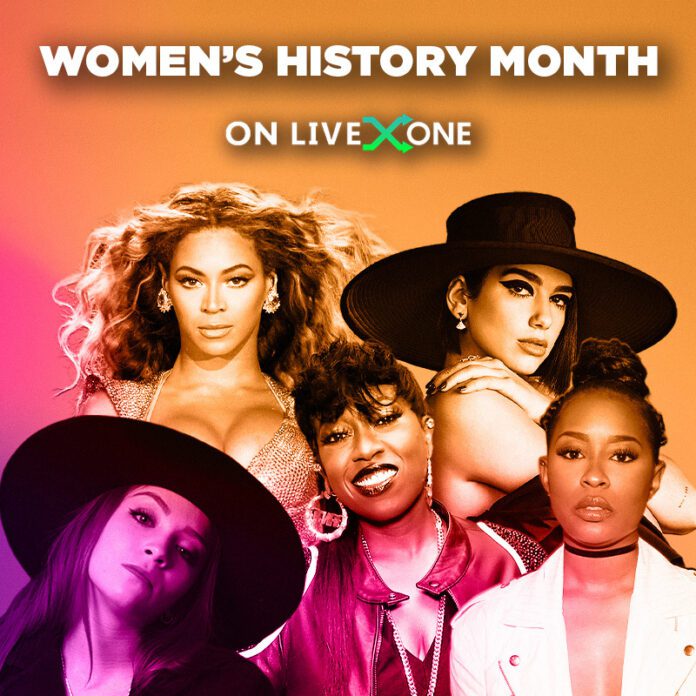 LOS ANGELES, CA – March 9, 2022 — LiveOne (Nasdaq: LVO), a creator-first, music, entertainment and technology platform focused on delivering premium experiences and content worldwide through memberships and live and virtual events, announced today that it will be celebrating Women’s History Month through the lens of music – featuring content by iconic women artists. Fans will be treated to specially curated radio stations and programming, a TikTok series and the launch of a new series focusing on emerging artists, OneRising, kicking off with pop-country star Lauren Weintraub.

Each week throughout March, LiveOne’s news program LiveZone Daily, hosted by Chelsea Briggs, will highlight and celebrate iconic women and moments in music on TikTok. The series will focus on topics including  rising female artists, women who broke barriers and the best female music moments over the years, and more.

LiveZone Daily will also invite fans and viewers to participate in these conversations to discuss their own favorite female icons. The series launched on March 8th, International Women’s Day, coinciding with the premiere of OneRising.

As part of its Women’s History Month celebration, LiveOne will highlight female musician-focused charities, such as She is The Music, Women In Music, and SoundGirls.

A further means of honoring International Women’s Day and Women’s History Month, LiveOne #WCE: Women Care Everyday Sweepstakes. One lucky Grand Prize winner will receive $1,000, which will be $500 for themselves as well as $500 to give to a women’s charity of their choosing. Plus, 250 First Prize winners will receive exclusive LiveOne-branded speakers. The Women Care Everyday #WCE Sweepstakes will be live throughout the month of March, with winners announced on or around April 30, 2022.

“LiveOne has a rich history of discovering and amplifying female voices,” said Jackie Stone, CMO of LiveOne. “Women’s History Month is a perfect opportunity to shine a light on talent via our specially curated music stations and daily LiveZone video content, as well as providing our members with our exclusive benefits, merchandise, NFTs and special offers.”