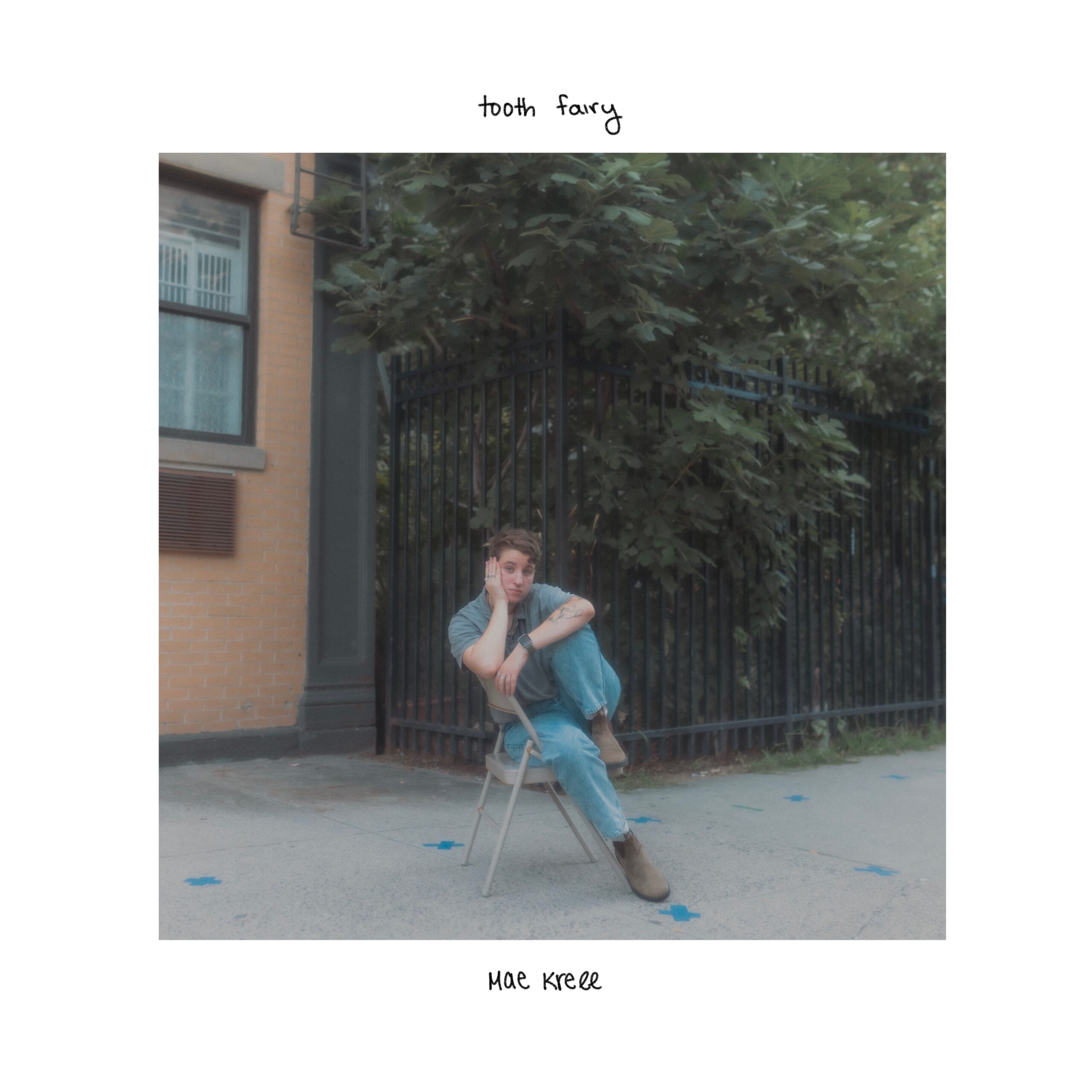 New York-based singer and songwriter Mae Krell is back with her new single, “tooth fairy,” out on all streaming platforms today. “tooth fairy” is Mae’s first new single since the release of her acclaimed 4-track EP, ‘imposter syndrome,’ which was debuted earlier this year. The EP struck a chord with fans and tastemakers alike, with PRIDE aptly describing it as “an intimate and heart-wrenching dissection of the unavoidable self-doubt we all experience in our 20s.”

Her newest single, “tooth fairy,” is one of the previously unreleased tracks that came from the ‘imposter syndrome’ EP sessions. Beautiful, heart-wrenching and deeply introspective, “tooth fairy” is a song about coming to the realization that you may be better off without someone who you previously thought was indispensable. Mae elaborates: “I wrote it after I found out that someone who used to be my best friend moved to the city where I grew up. It felt like tearing open an old wound that I didn’t know I had, and also put me in a spot to question: if the chance were to arise, would I want to give them a second chance? That’s something I’m still trying to figure out.”

At just 23 years old, Mae exudes a musicality wise beyond her years. Influenced by revered singer-songwriters like Bob Dylan, Phoebe Bridgers and Gregory Alan Isakov, Mae writes intimate reflections that confront past trauma, self-love and personal truths. With a distinct folk-pop sound and undeniable lyrical prowess, she has earned millions of streams across her repertoire with multiple tracks breaking 500K.

After kicking off this year on tour with Ethan Jewell, Mae is now back on the road with SoFar Sounds for a series of shows across the US and Canada.