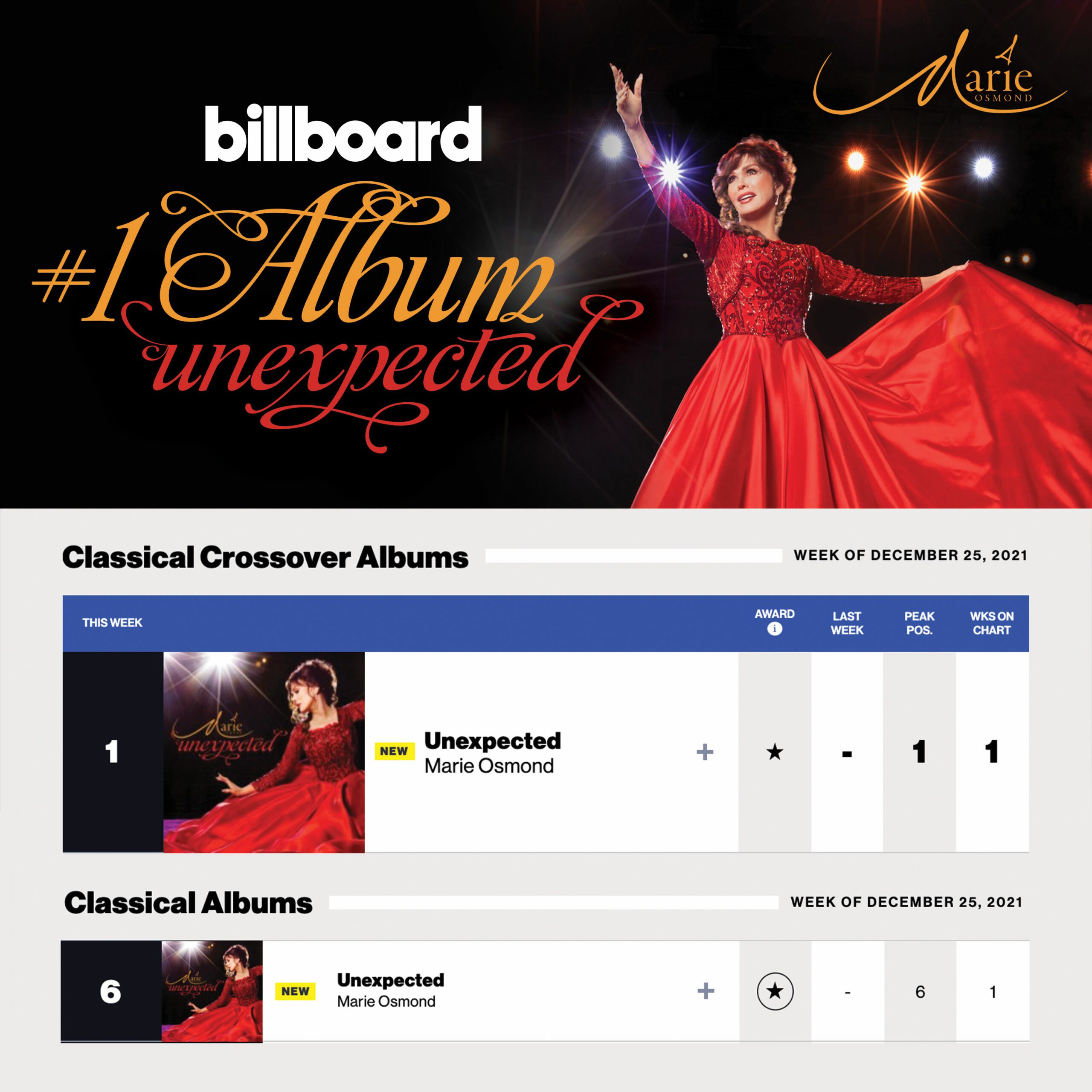 NASHVILLE, Tenn. – Marie Osmond‘s Unexpected, released via Oliveme LLC and BFD/The Orchard, debuts at No. 1 on Billboard’s Classical Crossover Albums Chart and No. 6 on Billboard’s Classical Albums Chart following its December 10 release. In her sixth decade as an entertainer, she continues to reach career milestones with the new album available now on CD, vinyl and digital platforms. To stream or download Unexpected, click HERE.

“As Osmond pushed her voice to remarkable heights on this new album, the musical icon did it for the fans who allowed her to reach this high (People).” Unexpected is also dedicated to Osmond’s father who encouraged his daughter to follow her passion and sing every style of music she loved.

The multi-GRAMMY-nominated artist celebrated release week with an appearance on GMA3, where she performed a moving rendition of Louis Armstrong’s “What a Wonderful World.” Osmond also joined “The Dr. Oz Show” and performed “The Prayer” with America’s Got Talent finalist Daniel Emmet on “The Kelly Clarkson Show.”

Osmond announced the album, which she co-produced with Jerry Williams and Dave Reitzas, through the release of the lead single, “Unexpected Song” from the musical Song and Dance. With theatrical credits that include Anna Leonowens in the Broadway production of The King and I, Osmond also performs numbers from Into the Woods, West Side Story, The Sound of Music and more.

Unexpected harkens to an era where music was live with incredible orchestras and conductors. Osmond, who has 20 years of opera training, is accompanied by The Prague Symphony Orchestra on the album, which features songs in Italian, French and Czech. “With effortless clarity and tone, Osmond ranges from powerful to delicate (Parade)” on tracks like “Nessun Dorma” from the Italian opera Turnadot.