Home News Music News Marie Osmond Uplifts Listeners with “Climb Every Mountain” from ‘The Sound of... 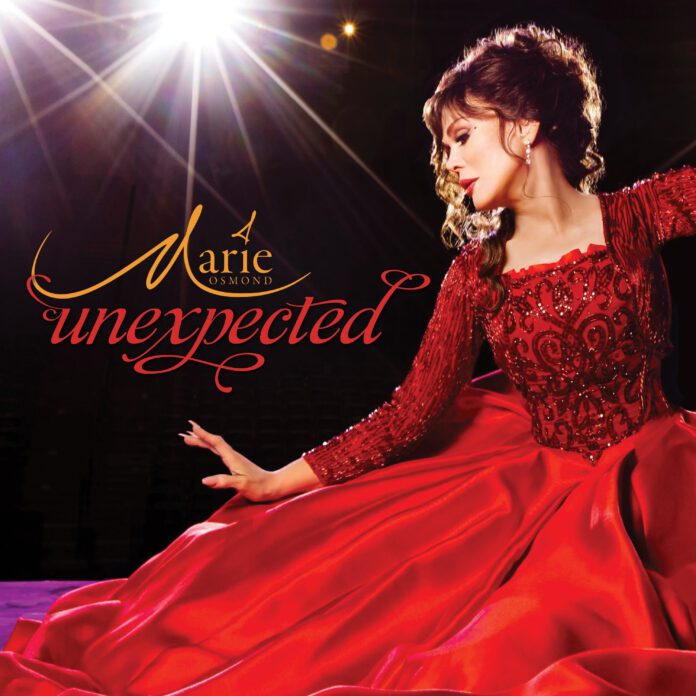 NASHVILLE, Tenn. – Marie Osmond uplifts listeners with “Climb Every Mountain” from The Sound of Music, the final sneak peek off her upcoming Unexpected album, available today. “As Osmond pushed her voice to remarkable heights on this new album, the musical icon did it for the fans who allowed her to reach this high (People).” Slated for release on Dec. 10 via Oliveme LLC and BFD/The Orchard, Unexpected is available to pre-order HERE.

BroadwayWorld premiered Osmond’s rendering of “Climb Every Mountain.” “I was honored to play Maria for the Rodgers and Hammerstein organization. My son Stephen played Kurt, one of the von Trapp children, after auditioning for our director James Hammerstein, son of Oscar Hammerstein II, so it was truly a family affair,” explained Osmond, whose theatrical credits also include Anna Leonowens in the Broadway production of The King and I.

“‘Climb Every Mountain’ was sung to my character, Maria, by Mother Superior, while I stood and listened. Well, more like stood enraptured and enthralled. It’s an inspiring and timeless message. So now, as Marie, I finally get to sing my favorite song, which has inspired me throughout my life to ‘Climb Every Mountain’ and dream every dream that we possibly can.”

While Unexpected includes more show tunes such as the lead single, “Unexpected Song” from the musical Song and Dance, the album also showcases Osmond’s “gorgeous operatic chops (Parade)” with tracks like “Nessun Dorma” from the Italian opera Turandot. Accompanied by The Prague Symphony Orchestra, Osmond performs additional songs in French and Czech.

The follow-up to Osmond’s Top 10 Billboard Country album, Music is Medicine, Unexpected harkens to an era where music was live with incredible orchestras and conductors. The album is dedicated to Osmond’s father who encouraged his daughter to follow her passion and sing every style of music she loved. These recordings are also a permanent tribute and personal thank you from Osmond to all of her fans who have requested them over the years.

This holiday season, Osmond is set to star in the Lifetime movie, A Fiancé for Christmas, which premieres on Dec. 9 at 8 p.m. ET. Fans can also look forward to Osmond’s A Symphonic Christmas tour with special guests David Osmond and Daniel Emmet. A Symphonic Christmas launches Dec. 1 at Southern Utah State University, continues along the west and east coasts and wraps on Dec. 20 in Detroit, Mich. For tickets and more information, click HERE. 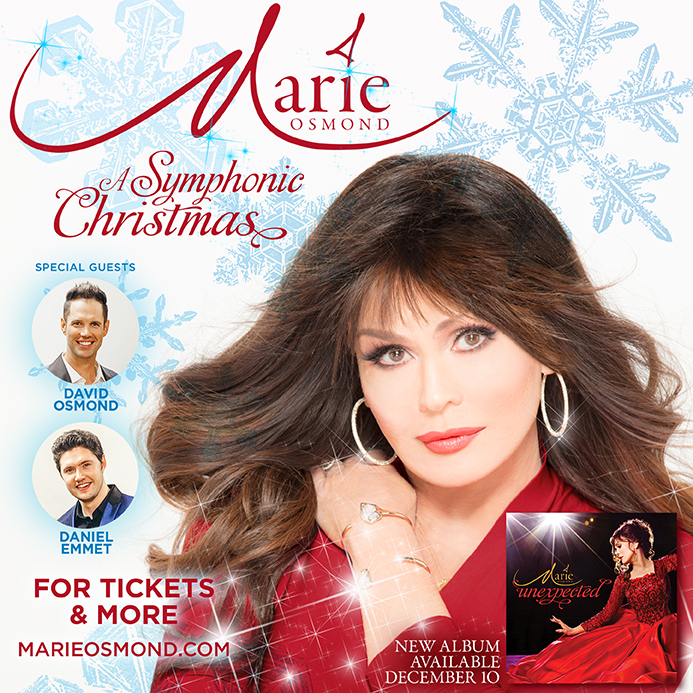