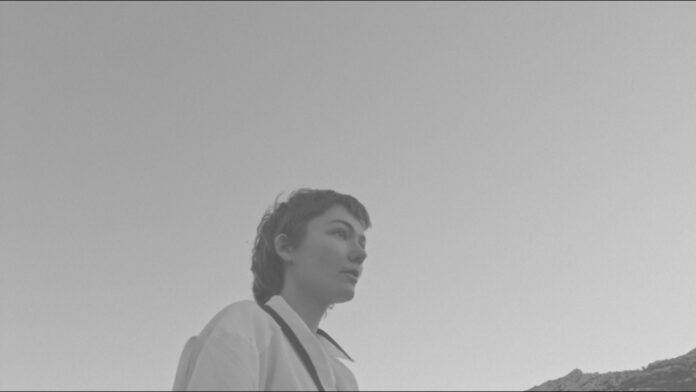 On the song, Weikart shared the following statement: “I’ve loved the ocean since I was a kid; a lot of my childhood memories are wrapped up in summers spent running between the freezing cold water and the scorching sand, trying to catch the tallest waves and getting lost in the meditation of the back and forth. Ocean song is a lullaby of reckoning, a return to the self when all the excess is washed away, and it is also a desire to live that journey consumed by somebody else, in hindsight, the act of free falling without a safety net mistaken for deep intimacy.”

On the video, she adds: “The music video was filmed in the beautiful calanques of Marseille, a landscape that inspires no less than awe, the feeling of being confronted by forces beyond your control. Cold and windy in January, but also piercingly bright and sunny. The video balances a playful lightness and dark introspection, which to me are the driving forces of songwriting. A toy piano, a miniature doll, vast horizons, and tall rock formations are among the cast of supporting characters, coming together to create an abstract narrative that is more evocative than plot-driven, leaving much of the interpretation in the hands of the listener and viewer.”

There are countless intimate, fret-noise-filled records from singer-guitarists across the history of modern popular music, but solo piano and voice releases remain a comparative rarity. It’s hard to imagine an artist better equipped to contribute to this canon than France-based singer, keyboardist, and composer Melissa Weikart. A conservatory-trained classical pianist and improviser, Weikart’s accompaniment on her debut album, Here, There, swells to catharses of orchestral proportions; it’s usually easy to forget this is the work of just one player. Here, adding additional instruments also might obscure some of this bold and playful record’s most compelling interplay: the way Weikart’s hands frequently seem to move out of correspondence with each other, reaching for conflicting rhythms and key areas.

Gestures like these carefully underscore the Paris-born but Boston-reared singer-songwriter’s fraught reflections on devotion, obsession, and doubt, delivered naturalistically and matter-of-factly despite the complexity of the musical setting. Her piano parts lurch forward and get caught in dizzying loops as her narrators drift ahead of and behind themselves in moments of psychological crisis. She uses heavy chromaticism to dramatize their uneasy reflections, recalling the word painting of musical theater composers like Stephen Sondheim or luminaries of 20th-century classical art song: French composers of her current home country (Gabriel Fauré, Claude Debussy, Francis Poulenc) or, at more acerbic moments, American avant-gardists like Charles Ives.

The songs on Here, There are primarily about grasping for connection, and Weikart’s central melodies develop and warp like her narrators’ longing and frustration, progressing through uncanny harmonic worlds, taking on baggage with each reiteration. In the title track, her serpentine piano line and central vocal melody dramatize the physical exploration of another person—a feeling of losing track of where you end and they begin (“All I want is wrapped up/All I want is to be wrapped up in your arms”). Elsewhere, descriptions of fatigue and loss of control infect every element of the music: for instance, the queasy piano chords behind “searching for you makes me tired” and the sweeping waves of arpeggios on “come into the water.” Weikart often explores short lyrical mantras until their possibilities are totally exhausted; they degrade into disjunct syllables, losing context as the piano breaks down behind them.

For all the ambition and virtuosity of these compositions, Here, There is fundamentally a study in restraint. The songs seem to unfold spontaneously before they unravel; they drop the listener into the middle of moments of obsessive self-analysis. Often, the frustrated narrators seem in danger of spinning out into complete abstraction, lost in mental cul-de-sacs where coming to any kind of conclusion or finding redemption seems impossible. But Weikart keeps this frenetic energy well in hand, grounding these gorgeous and discomfiting songs with refrains with a pop appeal reminiscent of forebearers like Judee Sill and Fiona Apple. Weikart’s lyrical trajectories are always effortless to follow—palpable and sympathetic even in the context of music which makes a point of avoiding the familiar.

Find audio and pre-order links for Here, There via Northern Spy Records here. 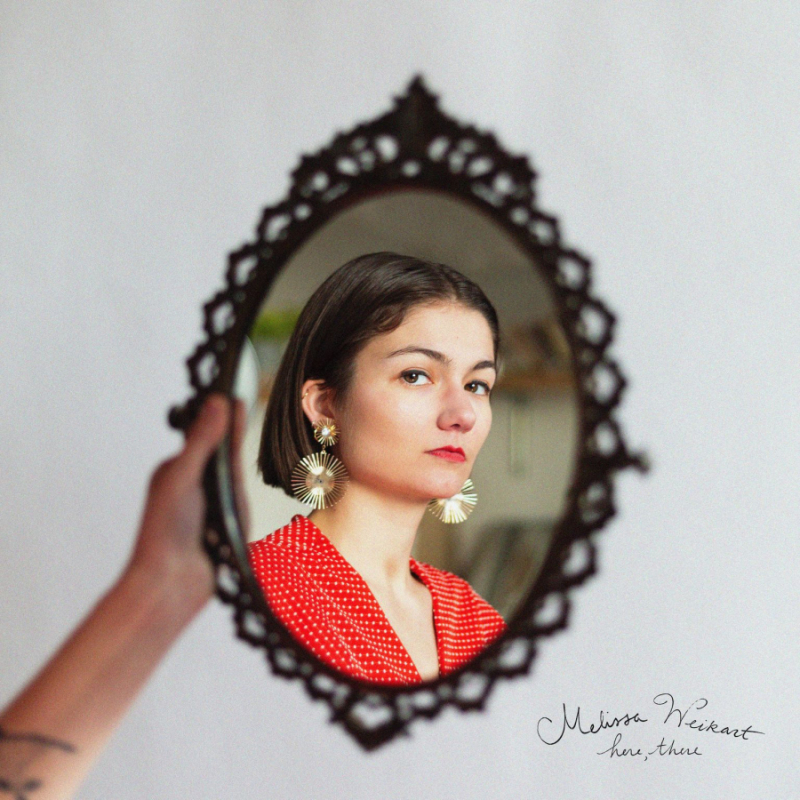