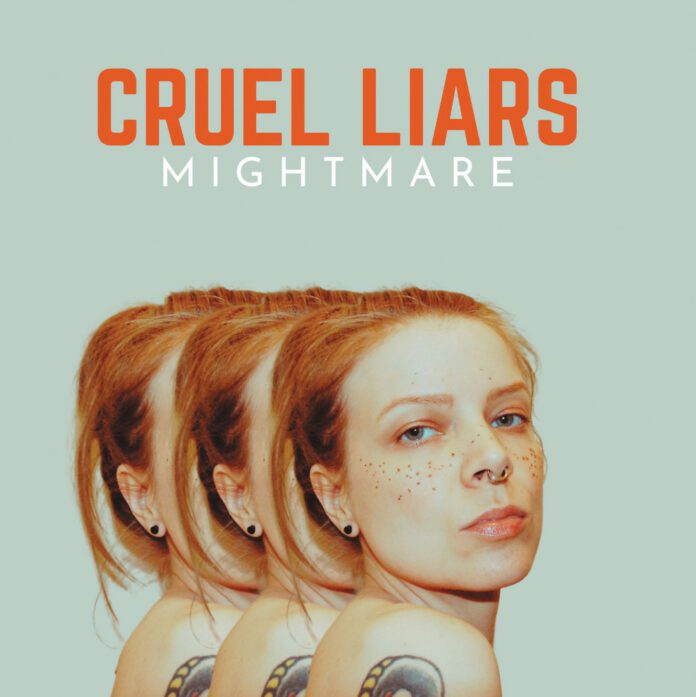 Nashville, TN – Mightmare, the indie rock/dark pop solo project of Sarah Shook, released a new single/music video “Enemy” in advance of their forthcoming debut album Cruel Liars, out on October 14 via Kill Rock Stars. Brooklyn Vegan premiered the track, saying, “It’s a brooding rock song with some early PJ Harvey vibes that’s a clear departure from Sarah’s country band The Disarmers, and it’s a very promising taste of the new LP.” “Enemy” is available on all streaming services (LINK) and as a music video (LINK). The video was directed by Jordan Gibson of Odyssey Narratives.

“When I started working on ‘Enemy’ I was thinking about how people can be so vindictive during breakups and how pointless it is,” Shook says. “It got me wondering if a breakup somehow triggers something deeper in us psychologically, like a fundamental fear of being forgotten or something.  And by the time I finished it I was missing all my childhood friends and all the people I’ve lost along the way.”

Mightmare came about as an intrinsic need to create and express when Sarah Shook & the Disarmers were grounded from touring during the global pandemic in 2020. Fresh off becoming sober, Shook devoted newly available time and energy into the comprehensive process of making an album from start to finish. As a result, Cruel Liars is almost completely self-made and was written, produced, and engineered by Shook. The album has already received attention from New York Times, Rolling Stone, No Depression, and others.

“I created my solo project Mightmare and leaned into it obsessively for the first year of the pandemic and out of that manic fixation came Cruel Liars,” Shook says. “I put every cell and strand of my being in this album, I’m proud of it for its brightest moments and its glaring imperfections, for its darkness and its quiet hand guiding me to zeniths of personal truths.”

The debut album’s eight songs are brimming with textured emotion, anthemic energy, and striking depth. Cruel Liars is accessible at any entry point – whether it’s a crawling, cinematic indie rock feel of lead single “Saturn Turns” (LINK) or the uplifting electronic production of “Easy” (LINK) – and unlike anything Shook has done before.