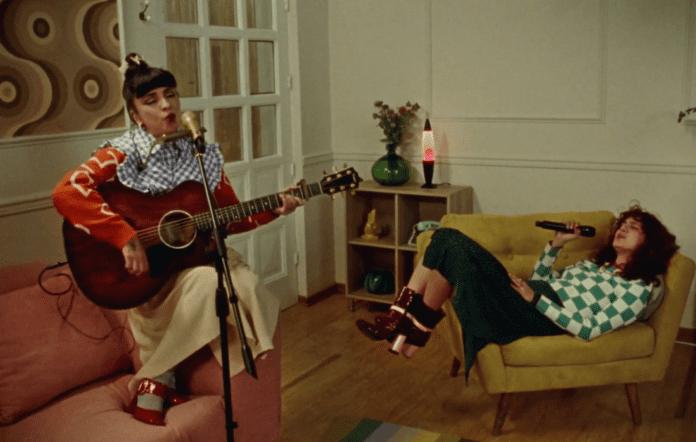 New York, NY (March 11, 2022) – Mon Laferte has shared a live performance of her new single “Good Boy,” her most recent performance in English, and the highlight of her latest album, 1940 Carmen.

Mon Laferte is nominated for a GRAMMY® Award for “Best Regional Mexican Music Album (Includes Tejano)” for her early 2021 album SEIS. The ceremony will take place on April 3rd in Las Vegas, Nevada.

SEIS, highlighted in the ‘Best of 2021’ lists by The New York Times, Rolling Stone, NPR Music, Billboard, LA Times, and The Nation, was quickly followed by 1940 Carmen, Mon’s second album of the year. 1940 Carmen was written and recorded while she was in Los Angeles from March to July 2021, and named after the address of the Airbnb where she stayed. All of the tracks were written, composed, and produced by Mon and include her first foray singing in English. 1940 Carmen is a snapshot of four months in her life in the US, which resulted in a new album, a national tour of the US, and a pregnancy.

Following the GRAMMYs, the Chilean singer-songwriter and new mama will be returning to the stage on June 8 to perform at Walt Disney Concert Hall in Los Angeles and VERSA Festival in Chicago on June 11th and 12th. Today, she announces a headlining performance at Auditorio Nacional in Mexico City on June 22.