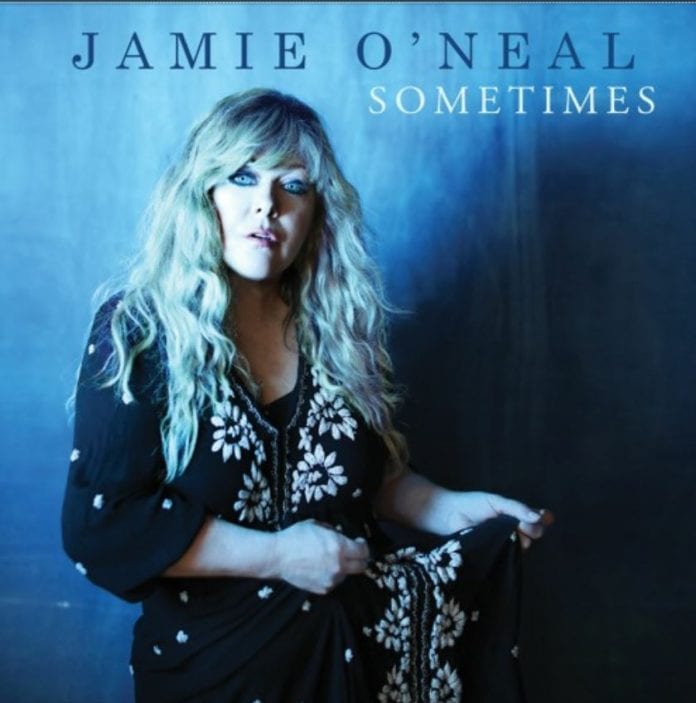 NASHVILLE, Tenn. – Nearly 20 years since the release of Jamie O’Neal’s debut album Shiver, the multi-GRAMMY® nominated singer-songwriter proves she “can still belt with the best of them (Rolling Stone Country)” on Sometimes, her first album since 2014, available now via BFD/Audium Nashville.

The highly-anticipated and critically-acclaimed album includes brand-new songs like “Someone’s Sometimes” featuring John Paul White as well as re-imagined versions of O’Neal’s smash hits such as “There Is No Arizona 2.0” featuring Lauren Alaina, “When I Think About Angels 2.0” featuring Martina McBride, “Trying To Find Atlantis 2.0” featuring Sara Evans and “Somebody’s Hero 2.0” featuring her daughter Aliyah Good.

Leading up to the release of Sometimes, O’Neal dropped several singles with “Someone’s Sometimes” featuring John Paul White as the most recent. Rolling Stone Country’s Jon Freeman and Joseph Hudak selected the duet, co-produced by White, for their weekly Country Music Picks writing, “She hasn’t lost an iota of her powerhouse vocal talent. The latest single from the upcoming album Sometimes pairs her with singer-songwriter John Paul White for a stormy duet about an unbridgeable distance between two people.”

“Someone’s Sometimes” followed “There Is No Arizona 2.0” featuring Lauren Alaina. People exclusively premiered a first listen to the remake of the GRAMMY®-nominated song with People’s Tomás Mier explaining, “The new rendition of the track features a vocal-driven, more anthemic sound compared to the 2000 original.” American Songwriter’s Tricia Despres chronicled how the version “had both singers pushing each other to new heights,” while Wide Open Country’s Bobby Moore picked the collaboration for their Five New Songs You Need to Hear and characterized the track as “jazz and pop-infused glory.”

O’Neal announced Sometimes, which she co-produced with husband Rodney Good, in May through the release of the project’s lead single, “The World Goes On,” described by Forbes’ Annie Reuter as a song that “tells the listener it’s OK to take a moment to pause in the midst of difficult news before moving on with one’s life.” The Boot’s Angela Stefano remarked, “O’Neal’s voice soars on ‘The World Goes On,’ a hopeful and upbeat song that’s tailor-made for those days when you just need a little extra push,” whereas American Songwriter’s Katherine Taylor noted, “Seasoned songwriters understand the power of an unexpected twist, the thing that elevates a good song to something instantly memorable. Jamie O’Neal has long been this type of songwriter, as she demonstrates with her new single.”

Praised by Parade’s Laura Whitmore as “a sultry country song showing the physical side of love,” “Wreck Me” followed “The World Goes On” as the second single off the album. MusicRow’s Robert K. Oermann shared, “I am always so impressed with this lady’s record productions. As ever, this is a model of sonic clarity and perfect mixing. Also as ever, she sings her face off. The song is a smouldering, sultry stomp about surrendering in romance. This is pure country class.” The music video for “Wreck Me,” which “offers the intensity of instant love,” debuted on CMT.com. With the release of these new tracks, O’Neal has already received over one million streams and placement on Spotify’s New Boots, Next From Nashville and Women of Country playlists as well as Apple Music’s Country Risers, Light My Fire and Back Porch Country playlists. O’Neal is also featured in the Oct. 19 issue of Woman’s World.

SOMETIMES TRACKLISTING:
1. Wreck Me
2. There Is No Arizona 2.0 with Lauren Alaina
3. Closer To Closure
4. Someone’s Sometimes with John Paul White
5. Somebody’s Hero 2.0 with Aliyah Good
6. Spin The Bottle
7. Jealousy
8. Trying To Find Atlantis 2.0 with Sara Evans
9. Sometimes It’s Too Late
10. Prettiest Wreck
11. When I Think About Angels 2.0 with Martina McBride
12. The World Goes On