Country music singer-songwriter Allison Cipris is releasing a girl-power anthem for all women called “She’s a Queen,” and we’re proud to premiere it here today.

“She’s a Queen” is a tribute to every woman who is ruling her own personal kingdom; holding it all together every day and making it look effortless. It’s a more mature, girl power anthem! 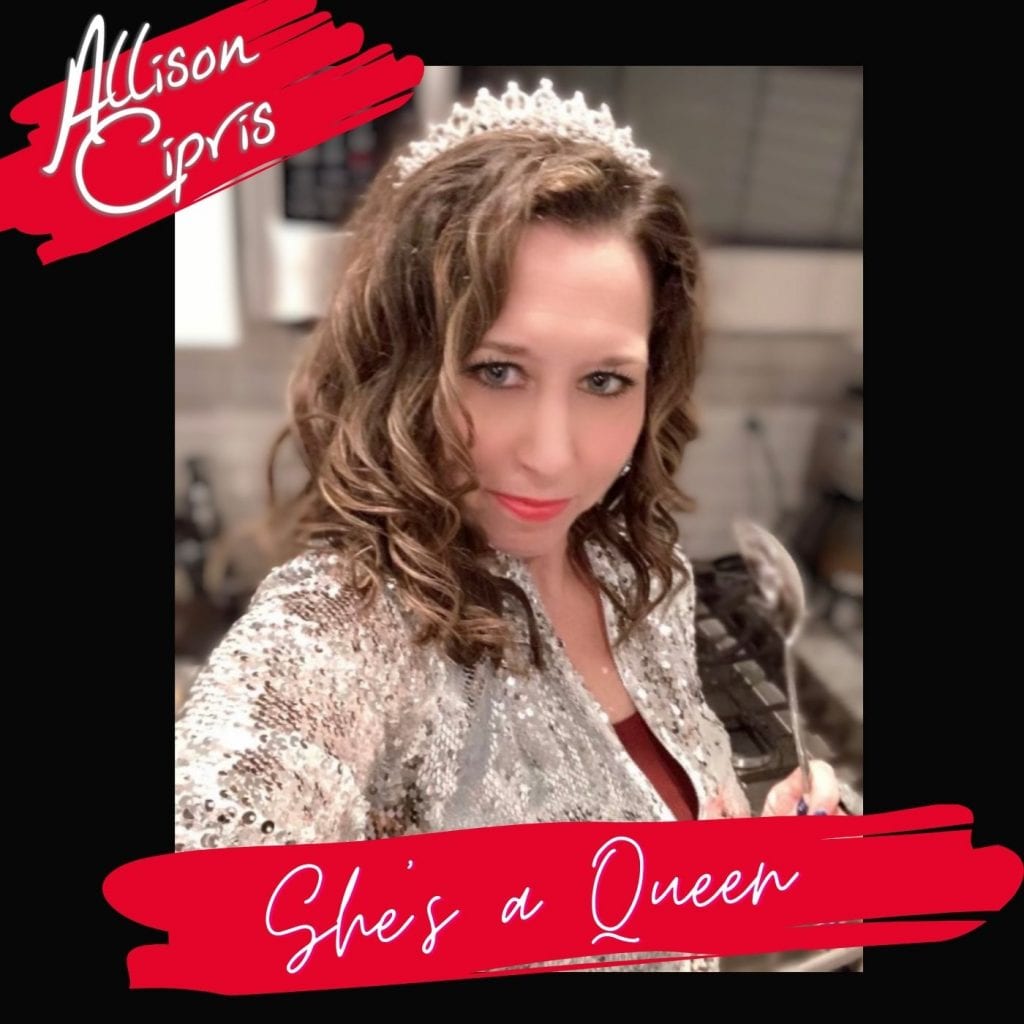 “She’s a Queen” is a powerful, anthemic country-rock song that celebrates all women.

The song was inspired by and written about all the amazing women in my life. Many of my friends are young moms, like myself, just trying to balance everything! As women, we just know how to do that; we are the ‘queens’ of our own lives.

This song celebrates all women, but especially those ladies who know what it’s like to juggle family life with our own careers and interests. It’s a tribute to every woman who is ruling her own personal kingdom; holding it all together every day and making it look effortless. It’s a more mature, girl power anthem!

Making this single was unlike any experience I have ever had in the studio. I was fortunate enough to be able to work with an amazingly talented Producer in Nashville, Simon Reid. At the time we tracked this song, we were in the height of the pandemic, so we actually produced and tracked this song remotely, over Zoom sessions and emails. Simon worked on the production in Nashville; I recorded my parts in my studio here in New York and then sent them back to him. The fact that we were even able to do that, and do so successfully, blows my mind!

Allison Cipris is a singer-songwriter from New York who delivers her own brand of gritty, melodic country-rock. Allison has shared the stage with national touring artists and has performed all over the country at stadiums, festival stages, and smaller venues alike. Over the past few years, Allison has emerged on her own as a gifted songwriter and powerhouse performer, carrying on the lineage of dynamic country-rock women like Sheryl Crow, Miranda Lambert, and Jennifer Nettles before her. Allison’s powerfully distinct vocal style has received much attention from critics as well as audience members. Allison has been awarded recognition from the Songwriters Hall of Fame – New Writers showcase awards, from ASCAP (ASCAPlus award), and by Billboard magazine and international songwriting contests. Allison’s music has been featured on nationally syndicated and regional radio. Allison is currently writing new music with collaborators and producers in Nashville, LA, and New York.