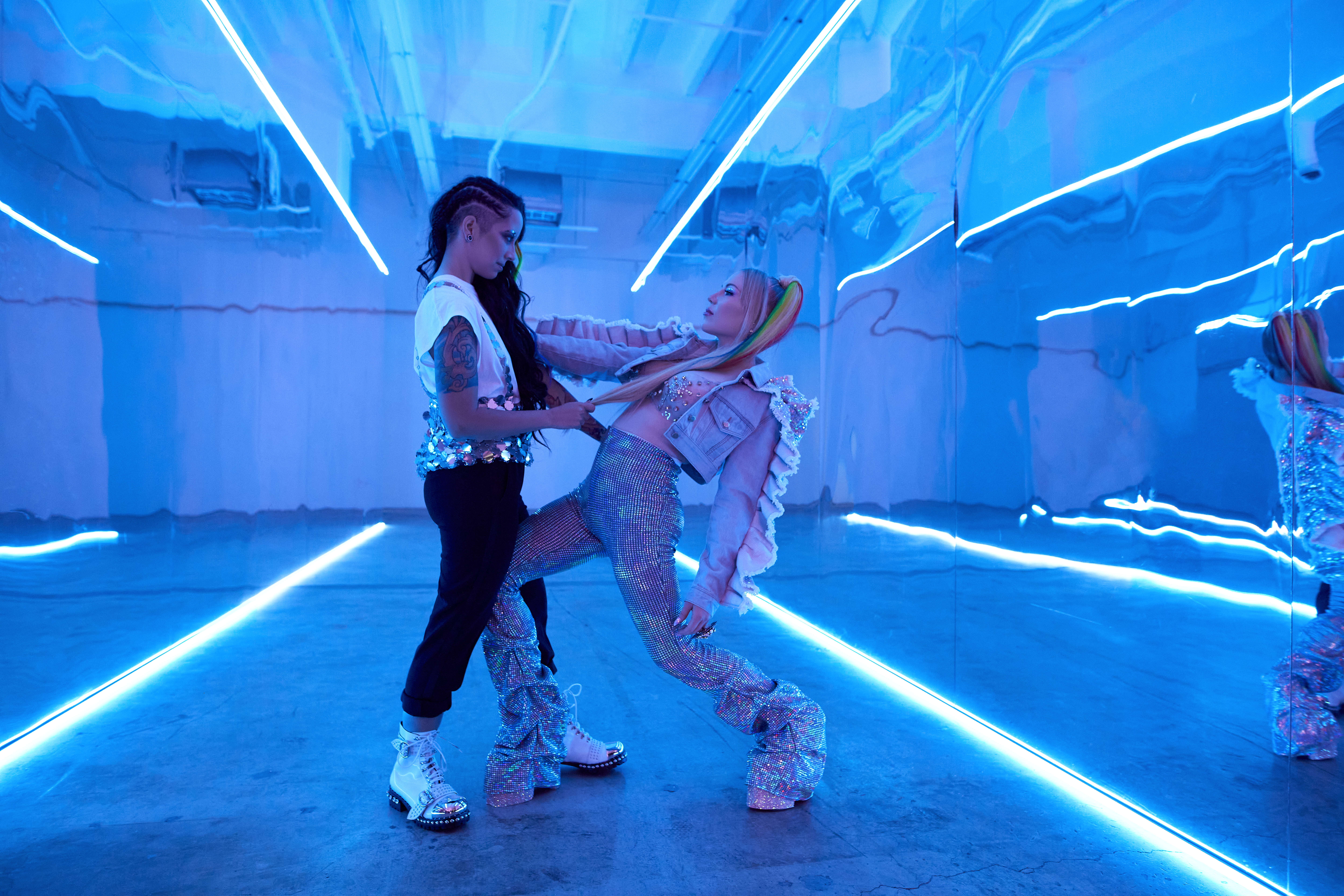 Jasmine Crowe and Brittni Paiva make up the pop duo BLVCKBOW, and today we’re pleased to premiere their new single “Pyramids” ahead of its release tomorrow. An electronic pop-rock song with a touch of island vibe — and a killer guitar solo!

Currently living in Los Angeles, the duo hails from Hawaii, and the inspiration for their name BLVCKBOW (black rainbow) alludes to the Hawaiian legend of Kumulipo, the darkness that existed before creation. “Color is one of the languages of the universe,” says Jasmine. “Blackness contains all the colors as the absorption of light in the spectrum.” Brittni remembers when the two would often meet at shows or the market back on the island. “There was always this connection, but it wasn’t the right time,” she avows. “Now we know why: This is the right time.” 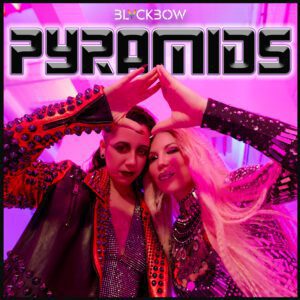 “Pyramids” is the fifth song we wrote together after becoming BLVCKBOW and is most appropriately our third release following “Second Nature.” It was inspired by the formation of our duo, how we came up with the name BLVCKBOW and the journey of what we are building creatively as musicians, grounded in the foundational power of our songwriting and our message as artists. Each of us having our own career paths individually within the music industry, once we joined forces as BLVCKBOW we realized we are both that much stronger together.

A gravity-defying electric guitar arcing into a soaring violin, honey-toned harmonies, and a rhythmic touch of the trade winds: Across a radiant aura of cascading sonic colors, Jasmine Crowe and Brittni Paiva are the duo BLVCKBOW.

Tracking independently in studios in California and Hawaii, within a two-month span in the summer of 2021, Jasmine and Brittni wrote, produced, and played all of the instruments on their self-titled debut. The lead single, “MEMORIZE U,” the collection’s opening track, was the first official BLVCKBOW co-write.

From their mutual hometown of Hilo on the Big Island of Hawaii, the two artists followed solo paths. Jasmine, a singer-songwriter, producer and multi-instrumentalist, has played violin since age three. Moving to Los Angeles, she released singles, an album, a Billboard-charting dance track, an award-winning video, and won the Song of the Year Grand Prize for the John Lennon Songwriting Contest.

In the islands, Brittni was expanding the parameters of her instrument as a ukulele stylist. Honored with multiple Na Hoku Hanohano Awards, she recorded a series of ambitious albums and performed with artists including Carlos Santana, Tom Scott, and Tommy Emmanuel. With BLVCKBOW, she adds a blistering lead guitar to the mix plus keyboards, bass, and drums.

The inspiration for BLVCKBOW was ignited with “Love is Love,” a song written by Jasmine to celebrate Pride Month. “The rainbow is the symbol of Hawaii, and since Brittni is also a member of the LGBTQ community I needed her on the track,” she remembers. “She flew out to shoot the video and we decided to write together. By the third song we knew it was a special thing.” On July 4th – Independence Day – BLVCKBOW was officially christened. Brittni has relocated to Los Angeles, and the duo now performs at prominent venues including The Whisky and The Mint.

Among their debut’s highlights is the mesmerizing “PYRVMIDS,” inspired by a gift of a rainbow prism from Brittni to Jasmine. The funk forward “Little Earthquakes” segues into the tropical backbeat for the sunny “Second Nature.” Lyrics from “Empathic,” the collection’s concluding track is a commentary on collaboration with these words, “A canvas we’re painting/So beautiful like this has been missing.” As Jasmine explains, “Brittni and I will take the music and channel the beauty into our friendship, but making something bigger. All of our songs lead up to that storyline.”

BLVCKBOW (black rainbow) is a name that alludes to the Hawaiian legend of Kumulipo, the darkness that existed before creation. “Color is one of the languages of the universe,” says Jasmine. “Blackness contains all the colors as the absorption of light in the spectrum.” Brittni remembers when the two would often meet at shows or the market back on the island. “There’s was always this connection but it wasn’t the right time,” she avows.  “Now we know why: This is the right time.