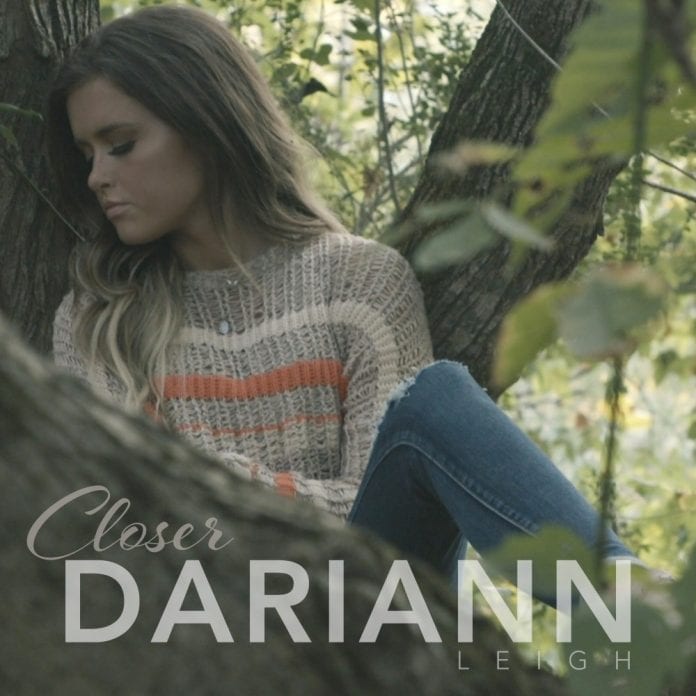 Rising country music artist Dariann Leigh releases her new single “Closer” today on Spotify, and we are pleased to premiere it here today!

“This song is special to me for so many reasons,” Leigh reveals. “It was sent to me at a time when I was navigating loss, wondering what my next career move should be, and ultimately figuring out who I am. For me, ‘Closer’ is about hope, healing, and catharsis. It’s about looking beyond all the obstacles in your path and reminding yourself ‘every day, I’m getting closer.'”

“I’ve always been a perfectionist,” Dariann admits, “but this song was one of the only instances during my artist career that I didn’t feel the need to overanalyze anything. Everything about ‘Closer’ felt right.”

About Dariann Leigh
For Dariann Leigh, this is so much more than just country music. Raised in the one-stop town of Karlstad, Minnesota (population 713), Dariann captured the star power of the original women of country music from lyrics bleeding through static-filled radios and scratched CDs; even in the middle of nowhere, those melodies set the scene for a dream that would ultimately define the course of her entire life. “As a kid,” says Leigh, “I remember closing my eyes, plugging my headphones in and listening to tracks that ended up being the theme songs to my daydreams. I want to be that artist for someone else.”