Austin-based musician Jenn Hartmann Luck is releasing her new single today called “Through My Eyes,” and we’re extremely excited to premiere this special song due to its background and inspiration. Luck co-wrote the song with renowned Texas artist SaulPaul, and the song was inspired by and features two Austin youths, Miranda Koenig (who is non-verbal with Cerebral Palsy) and her best friend, Lucky Cantu.  Fifteen percent of the download proceeds will support CPATH: Cerebral Palsy Awareness Transition Hope. Be sure and listen closely as Luck and her team spent almost four hours capturing Miranda’s voice (laughter, squealing, her voice machine, etc…) on the song.

“Through My Eyes” is from Luck’s upcoming album, Raise Your Voices (Songs Celebrating the Kids Who Are Changing The World), due out November 12, 2021, which is an “inspiring collection of music featuring songs celebrating the real kids, both from Austin, Texas and elsewhere, who are changing the world.”

“Lucky and Miranda are best friends. They love music and dancing. They love to watching cooking shows together. They love to make jokes and hang out. They are just like every other teen friendship, except Miranda was born with Cerebral Palsy and is non-verbal. When they were in elementary school, Lucky saw Miranda in one of her classes and wondered why she didn’t have any friends…they have been besties ever since. The friendship between these two young women, now Freshmen in high school, is so inspiring and they often share their message of acceptance and friendship through their initiative “Through My Eyes.”  There is one basic message – If you could see my best friend through MY eyes, you would see she is just like everyone else. When I interviewed these two amazing women (Lucky, directly, and Miranda, with the support of her aide and her iPad/speaking machine), I was blown away with how funny they were, how many inside jokes they had, how much fun they have together, how patient and kind Lucky is with her friend who sometimes needs a little more support, and how much they were just like every set of teen-friends I had ever met. I knew their song was going to be about celebrating friendships with those who have differences. And when I asked these ladies to share some of their favorite musical artists, Miranda said, ‘SaulPaul,’ Austin’s own hip-hop musician with a message! I KNEW I needed to get SaulPaul on this track to surprise the girls.

SaulPaul and I had been looking for a project to work on together for a while. He and I often talked about how different we were, but how in turn, we had so many of the same messages we wanted to share with young people in our communities. It was a no-brainer that we would collaborate on this track! And I’m so excited to share this collaboration with the world! It is killer!” 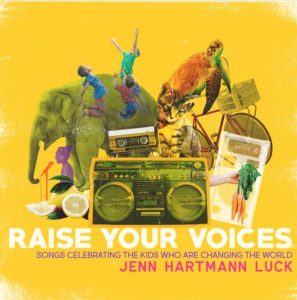 We’re pleased to premiere the track “Through My Eyes” from your upcoming album. What was the inspiration behind the song; we would like to hear more about your support for CPATH?

Every song on my new album, Raise Your Voices (Songs Celebrating the Kids Who Are Changing The World), is inspired by an amazing young person—or two—who are making the world a better place. And in addition, each kid gets to choose an organization they’d like to support with the song. 15% of every download of each track on the album goes back to charity, and for this song, the girls chose CPATH Texas. (Cerebral Palsy Awareness Transition Hope) This organization helps with awareness and family support for those who have a child with Cerebral Palsy and we are honored to be supporting their work with “Through My Eyes”

Co-written with SaulPaul, what did the writing process look like?

After I interviewed the girls on Zoom during the pandemic, I wrote the song and all the music on guitar, but I knew this would become more of a hip-hop vibe when I got SaulPaul into the studio. Once I finished the composition, I left a verse open for SaulPaul and shared my demo. He was into it immediately and he got to work on his own. When we got into the studio, he recorded his verse—which I LOVED—and then he had space to play on the mic, adding extras and magic to the rest of the song. And THEN, we invited Lucky and Miranda into the studio. Every backup vocal and extra on this track is either performed by Lucky— who is a great singer and actress in her own right—or Miranda. This might be one of the most amazing experiences I have ever had in the studio. We wanted to capture Miranda’s voice on this track. Her laugh, her joy, her speaking machine!!! She also communicates with snaps and claps—and that was an essential part of this song as well. I am THRILLED with how awesome the track turned out. And I can honestly say, being an acoustic guitar player who writes folks/rock tunes, that I have never created a piece like this before, and I am absolutely in love. I have amazing producing partners, Antonio Delgado, Adam Dorfman, and Trapper Felides, and together we made something really special to celebrate these young women and their message of friendship.

I LOVE the lyric from the chorus:

“If the world could see us through my eyes
Then the world would finally realize
Being different makes us stronger
Gives us power, Gives us armor”

Can you share with our fans a little about the new album and what they can expect?

YES!  The album, Raise Your Voices (Songs Celebrating the Kids Who Are Changing the World), is a collection of songs for all ages and all audiences! Each song had a different vibe, style, and young person/cause to celebrate. And, yeah, each song also helps to support a charity chosen by the kids, which is REALLY special. Young people are so inspirational and I’m so grateful, not only that they inspired me to create this album, but that they have also challenged me and changed me as an adult and a mother. They’ve brought so much new awareness into my life and for that, I am enterally grateful. I can’t wait to share this music with young people and adult audiences alike and to share the message that Kids Can Make a Difference!

It was announced that the album release celebration for the upcoming album will be held at Austin’s children’s museum, the Thinkery on Sunday, Nov. 14. Doors open at 1 p.m. and the concert begins at 3:30 p.m. The celebration will feature live and in-person activations from the children who performed on and inspired the record before the live performance, as well as various online and in-person events leading up to the release date. For more information on Thinkery and to stay tuned on tickets, see here. Masks will be required. For more information on Jenn Hartmann Luck, see here.

Jenn Hartmann Luck is a singer, songwriter, performer, arts educator, and an accomplished creator of new musical theatre. Notably, she is a composer and co-lyricist of Gretel! The Musical, co-written with award-winning playwright Suzan Zeder. Gretel! premiered at Austin’s Paramount Theatre in 2019, was produced by First Stage Milwaukee in 2020, and is available for licensing through Dramatic Publishing. Also with Zeder, Jenn is the composer and co-lyricist of the new musical The Battlefields of Clara Barton, currently in development with the American Music Theatre Project at Northwestern University. The pair additionally received a Kennedy Center commission in 2020 for their short piece The New Next-door Neighbor. Jenn’s other musical theatre workshops as composer/lyricist include You Can’t Win and Footprints: An Eco-Musical.

Jenn most recently served as Director of Partnerships and Programming for Education at the Paramount Theatre, on the Board of the International Association for Performing Arts for Youth, and as a Lecturer in the Department of Theatre & Dance at the University of Texas at Austin. She holds a BA in Theatre from Arizona State University and an MFA in Drama and Theatre for Youth and Communities from The University of Texas. Jenn’s credits also include two original solo albums, I Admit and Silly Urban Girl, and her one-woman show “Not a Chorus Girl,” which played to audiences in both New York and Los Angeles. She was beyond proud to be invited by the White House to sing the National Anthem for President Obama in 2014 and is equally as proud to adapt children’s stories into songs with the Paramount Story Wranglers. Jenn lives in Austin with her husband and her two children, Lucy and Wyatt. 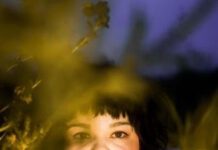 Samantha Crain: Emotional Healing is like Having a Cat