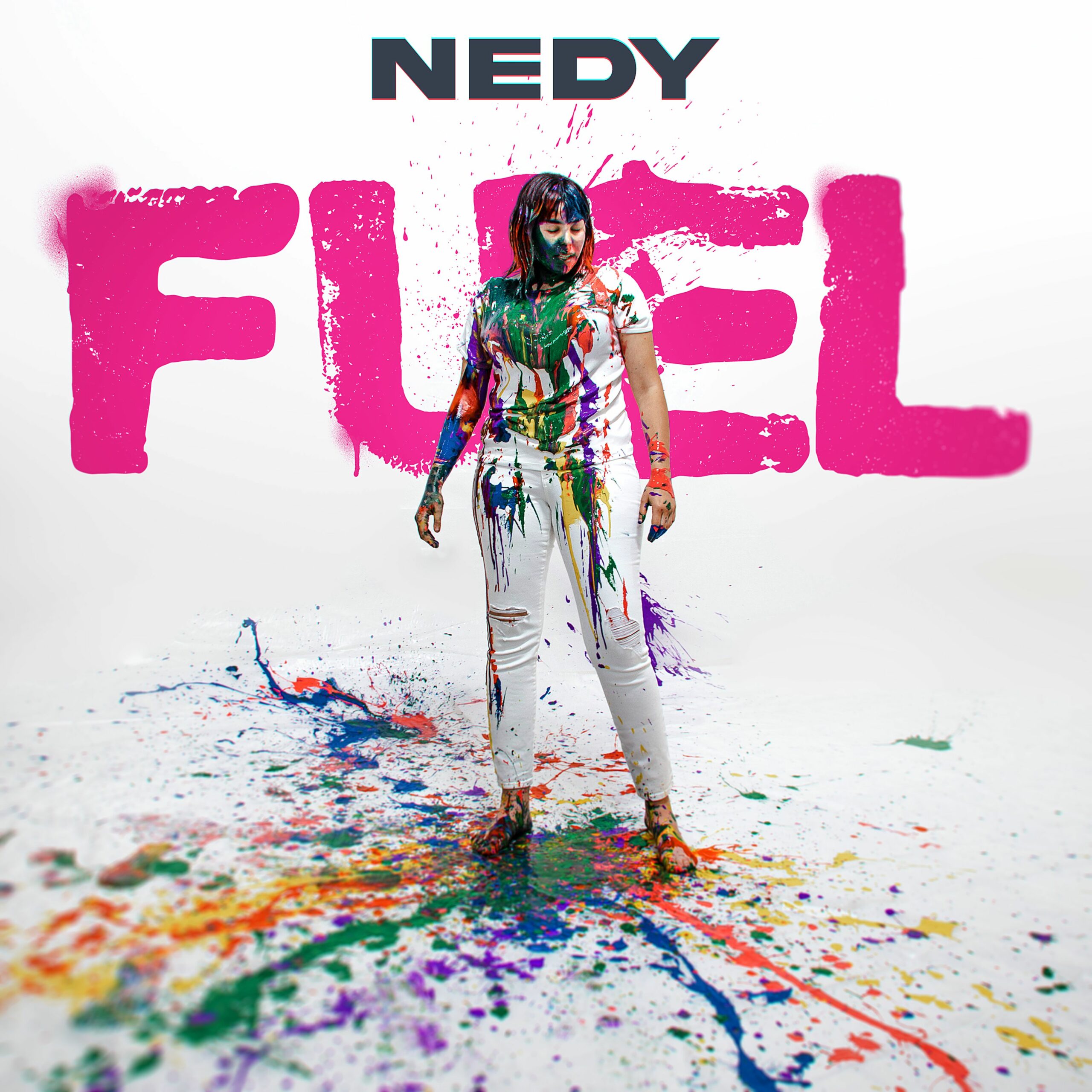 NEDY is an inspirational pop artist based in Nashville who spins negatives into positives. We’re proud to be premiering the lyric video for her latest single, “FUEL,” a catchy anti-bullying anthem. Not only does NEDY fight bullying through her music, but she also created the “Friends Forever Club,” an organization for children ages eight to eighteen, as a way to prevent bullying in schools and is currently writing a book geared toward children ages four to ten titled Made To Be: BUZZ.

“FUEL” is about taking the hate from your naysayers and critics and using it to fuel you.

NEDY has been nominated for Female Rising Star of the Year for the 2022 Josie Music Awards, which will be held on October 23, 2022, at the Grand Ole Opry in Nashville. She is busy performing across the country on her You Matter Tour and filming a new television show called IN WITH THE OUTCASTS on the Christian Television Network, scheduled to air in the fall of 2022 and spring of 2023.

I grew up in LA and was always going back and forth between there and Georgia to visit my dad after my parents divorced when I was eight. I can remember my dad playing music around the house and car ever since I was a kid. His brother, Gerardo Valdivia, sang in the Latino duo called Matricula 2. My uncle was a huge musical influence growing up, along with Alanis Morissette and Jack Johnson. So, music was a big part of my upbringing.

I started taking an interest in wanting to play guitar when I was 14, and my mom ended up buying me one from the swap meet. It was hard growing up below middle class, but we always managed to stick together through it all. When I was a sophomore in high school, I sold candy bars in order to pay for my first electric guitar. I learned, just through the motions of life, that if you want something, you have to go get it; you determine how bad you want it.

I later dabbled a bit with drums and piano, and eventually, I took voice lessons and learned how to sing. It was a scary process, not knowing if I would actually be able to learn how to sing and how my voice would sound. I remember being so scared in voice class and dropping out. I wasn’t ready to sing in front of others, and so I got myself a one-on-one voice coach. She taught me how to sing, and it has been one of the most fulfilling things I’ve done to this day.

Years later, I released my single, “Made To Be,” which opened up a lot of doors for me.

Tell us about the inspiration behind your new single, “FUEL.”

It’s been so encouraging to me personally to see many people relate to it and be inspired by it as well. The lyrics really mean a lot to me, and I am always trying to turn the negative circumstances in life into something positive. That’s what “FUEL” is about. Using the negativity from critics and haters to fuel your purpose and passion. I’ve gotten a lot of hate for just being my own person, never really being one to “join the crowd,” and even having to come to realize that some of the people who I thought were my closest friends and family are actually some of my biggest haters.

What was the songwriting process?

My songwriting process for “FUEL” was the same as many of the songs I have written. I sat down with my guitar, wanting to get this message off my chest. Through it all, I’ve learned that even negative circumstances are opportunities to learn something and become a better person for it.

I hope that my listeners pick up on that and that they are inspired to look at the future with hope.

Nowadays, I am focusing on writing/recording more music, playing shows, and writing a children’s book.

There have always been those whose hearts dance to the beat of a different drum, those who see the world in a different way, and those who find our differences far more beautiful than our similarities. NEDY is one of those people. Armed with an enchanting spirit and a musical talent that is nothing short of stunning, NEDY is an inspirational pop artist poised to lead her loyal fandom into a brighter future. Her single “Made to Be” serves as the cornerstone to a new chapter in her career, in which her artistic soul never again tries to mold into someone else’s expectations. With the release of her current single, “FUEL,” THIS is the music that NEDY has waited a lifetime to create.