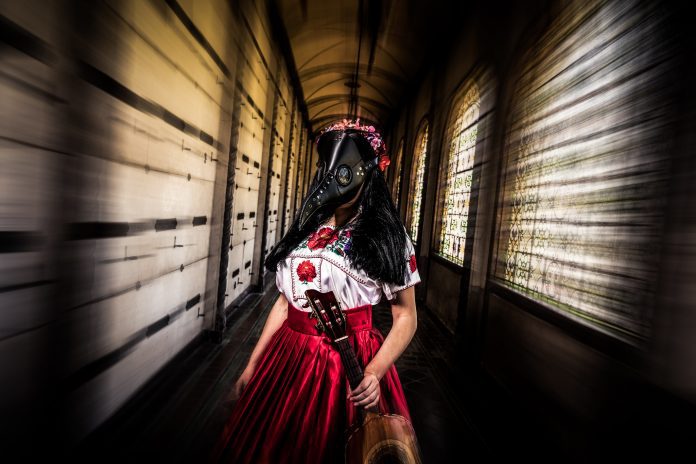 Nancy Sanchez’ creates a new instant Dia De Muertos classic with her latest original track, La Maldita Bruja, one of her most eerie and haunting songs to date and video to match.

This song was born from the current pandemic and blends 14th Century Plagued Europe with the Mexican China Poblana Antigua esthetic. Nancy’s beautifully dark vocals are accompanied by the haunting guitar melodies of Andy Abad.

The video was directed by Maricela Lazcano, an actress and filmmaker who went to school in the prestigious Los Angeles City College Film School and was filmed in Joshua Tree and surrounding lands.