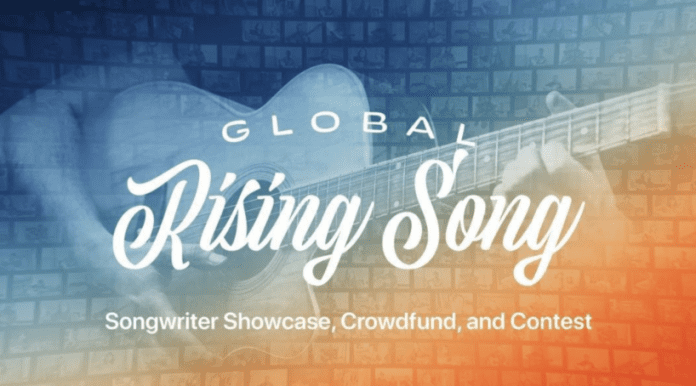 At the onset of the pandemic that ravaged Music City placing Keith’s longstanding and popular “Nashville Rising Song” songwriter open-mic contest on hold, Mohr created the world’s first online crowdfunding contest platform directly benefitting songwriters who have been adversely impacted by the closure of live performance venues.  Global Rising Song allows for writers to introduce themselves to new audiences while giving their existing followers a way to support them financially during a time that has had such a tremendous effect on their lives and careers.

Songwriters submit their best song video on the Global Rising Song website.  Those selected to compete in the 6 day round share the news of their inclusion via their social media.  On the website, Global Rising Song provides an easy to use mechanism for family, friends, fans, and followers to donate $1 per vote, with the ability to write in as many votes as they like, allowing them to become funders by financially supporting the writer’s music journey.

Fans watch song videos, cast their votes, leave comments, and see contestant rankings in real-time. Competitors can log in to their admin and access their fan voter info and custom graphics for garnering support via social media.  At the conclusion of the round, two winners are selected; the “Fan Fave” based on which song received the most votes, and the “Judges’ Pick,” chosen by the panel of industry judges based on the commercial potential of the songwriting.

13 rounds of Global Rising Song have been held to date, with over $64,000 paid votes having been cast. Mohr states, “The platform is a proven hit for all involved! The songwriters love being compensated for the content they have already created, and their fans love showing real, tangible support knowing their votes have more value than just likes or thumb ups.”

After the first few rounds of the series, Mohr’s son, Jon-Kyle, a coding and web design specialist who resides in Los Angeles, came on board to handle the website design and back end code. Jon-Kyle has worked for Google, Bloomberg, Cargo Collective, and many other companies since 12 years of age, following his father’s entrepreneurial footsteps.

The Mohr’s are not stopping with only music-based contests. Employing what he learned designing and coding the Global Rising contests, Jon-Kyle is developing a platform called Props, where anyone can create any crowdfunding contest, about anything, for anyone. Contests such as “best pool shot,” “best photograph,” “best poem,” and anything else that can be imagined will be provided tools to create and direct their contest with a turn-key solution. Creators and competitors will earn income based on voter response, with Props receiving a percentage-based fee of the total voter income received.