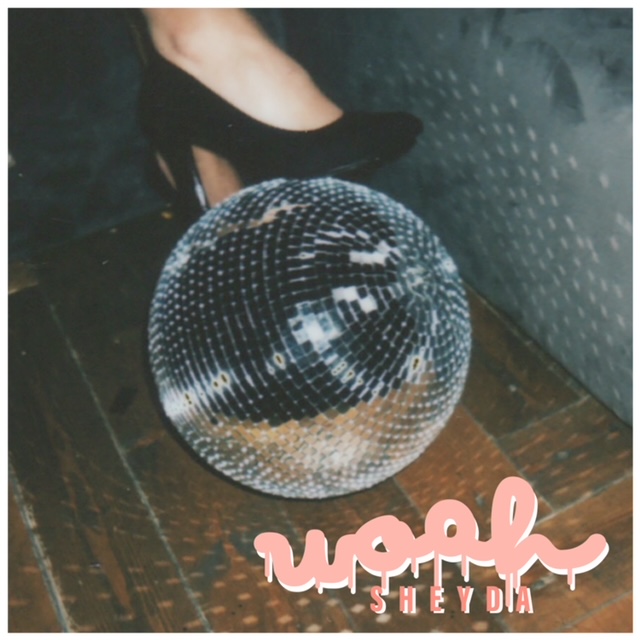 NASHVILLE, Tenn. – Pop singer-songwriter Sheyda releases her new track, “Woah” today, Friday, April 22. The sultry single was penned by Sheyda along with Stephony Smith, who has also written hit singles for Nashville heavyweights including The Chicks, Shania Twain, Kenny Chesney, Reba McEntire, and Trisha Yearwood, and Jodi Marr, who has written songs performed by fellow female powerhouses Dolly Parton, Carole King, and Rita Wilson. “Woah” highlights the intoxicating allure of love and the overwhelming feeling of giving in to desire. With intricate instrumentation, haunting melodies and Sheyda’s vigorous vocals, “Woah” will leave you saying just that. Listen to the new single here.

“Even though “Woah” does not sound like my typical song, I fell in love with the song the day we wrote it and haven’t looked back sense.” shared Sheyda. “I love the highs and lows of the song and the emotion that goes into it. I can’t wait for everyone to see the music video and to witness how we were able to visually represent the song.”

Last week, Sheyda made her television debut on NBC’s Nashville affiliate, Today In Nashville. The dynamic vocalist shared an exclusive live performance of her lauded release, “Big Heartbreak,” which PopWrapped applauded for its “honest and emotive lyrics paired with her powerful voice.”

With over 1 million YouTube views from previous videos such as 2021 singles “Lungs” and “Wish I Could Want You”, Sheyda has showcased her knack for high-quality production and a creative vision that places her at the forefront of independent artists. With songs that speak to tough subjects, such as her debut single, “The Dragon,” which American Songwriter dubbed a “powerful rallying cry,” Sheyda has proved she’s not one to stray away from timely and crucial subjects.

Now, with the release of “Woah” and an impressive lineup of more to come, 2022 is sure to solidify Sheyda as an artist to know.