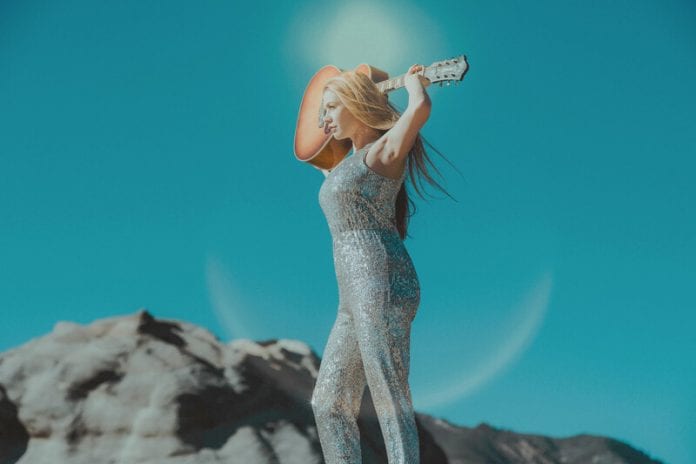 Burgeoning singer-songwriter Natalie Gelman has released her highly-anticipated new album Moth To The Flame today (June 18) via Blue Elan Records. Marking an important new chapter for the Ojai, California-based talent, the record shows off Gelman’s range as an artist, expanding into a pop-leaning sound that is both timeless and distinctly modern. Infused at moments with elements from Americana and folk, the collection of songs showcases Gelman’s incredible talents as a lyricist and classically-trained musician.

Today’s release follows a busy week of events for Gelman, including an official Reddit AMA session, livestream performance via The Boot and interview with Country Du Monde on Gimme Radio. In the coming weeks, Gelman will return to the stage for a series of live performances in support of Moth To The Flame, including a show tonight at Ojai, California’s Underground Exchange. The full-band performance will also be live-streamed internationally – more information can be found here. An additional record release show will be held at Los Angeles’ iconic Hotel Cafe on July 24.

Co-written with producer Charlie Midnight (Joni Mitchell, Katy Perry) and brought to life with the help of a dream team of creatives, Moth To The Flame was mixed by Grammy award-winning sound engineer Jason Mariani (Lissie, Mumford & Sons) and mastered by Grammy award-winning engineer icon Bernie Grundman (Michael Jackson, OutKast). Gelman handpicked the entire lineup of talented musicians for the project, recruiting talents who have previously worked with such artists as Patty Griffin, Fiona Apple, Brandi Carlile and more.

Mixing emotionally raw lyrics with polished, expertly crafted soundscapes, Moth To The Flame finds Gelman at a new creative peak. Constantly creating, Gelman has previously released a self-titled album, an EP, and four singles that earned praise from major media outlets. Determined to try something new and elevate her career to a new level, Gelman pushed her own creative boundaries like never before. Long hours in the studio, mixed with the urge to think out of the box, added a new dynamic to her creative process. During this time, she also faced a myriad of challenges and personal accomplishments. A string of incredible successes emerged; she got married and was tapped as the opening act for some incredible artists, including Bon Jovi. But with the highs also came some devastating lows. She lost her mother to Alzheimer’s disease. Somehow, those hills and valleys didn’t keep Natalie from pursuing her goals.

“I feel an everlasting draw to music, sometimes at the expense of the rest of my life,” Gelman says. “Like a moth to a flame, I continue to drive towards it, even when the price is frustration or pain. Sometimes we need to experience adversity to truly appreciate our purpose, and music is that purpose for me.”

In many ways, Moth To The Flame stands as a representation of her perseverance. Ahead of the record’s release, Gelman shared three singles with fans. The Americana-tinged, immediately infectious “Heavy, Heavy Heart” earned a spot on DittyTV’s Ditty Dozen playlist. Reflective and emotional, “Photograph” is immensely relatable track shows off Gelman’s incredible talents as both a vocalist and songwriter. Building to an engulfing chorus, the track explores complicated elements of a relationship that continues to linger in both heart and mind. The hopeful lead single “Better Days” shares a message that we all can relate to in time like these – a brighter day will come, even in the darkest of times. A truly rare talent, Gelman is able to tap into the human experience with wit, wisdom and courage