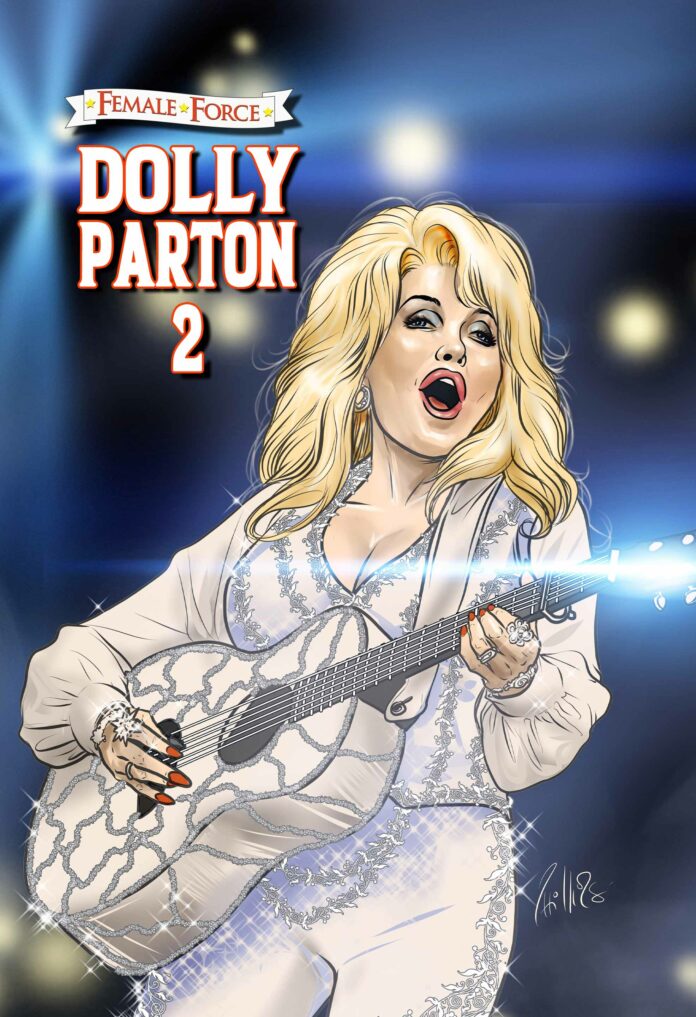 The all-new story, written by Michael Frizell with art by Ramon Salas, features a special cover by famous comic book artist Joe Phillips. This 24-page graphic novel is available digitally on multiple platforms and in print.

“Revisiting Dolly Parton’s story has been fun! I’m happy we had the opportunity – and the space – to talk about Dolly’s philanthropy and her lasting legacy,” said writer Michael Frizell.

The first issue explored Dolly’s rise to fame and the trials of her hardscrabble life that shaped her music. The sequel refocuses the narrative on Dolly’s giving back to her fans, philanthropic efforts, and more. Readers will enjoy learning more about Dolly’s life brought to life by artist Salas, whose pages Frizell describes as “Magical! I wrote the script with Ramon in mind. His work is both quirky and engaging while enhancing the script in ways that always surprise me.”

Dolly Parton’s voice has brought her fame, allowing her to amass a $600 million fortune she doesn’t mind sharing. In addition, Dolly donates to a foundation in her name, has created the Imagination Library, donated books to millions of kids, and even pays students to stay in school. Her rags to riches story is inspiring, but her compassion and giving back have allowed others to break generational poverty, creating a lasting legacy.

The book about Dolly Parton is the latest entry in the comic book biography series that focuses on female empowerment. “Female Force” has profiled musicians Tina Turner, Selena, and Cher, political activists Kamala Harris and Gloria Steinem, and actress Betty White. There are over 200 issues in all.

“I think comic books and graphic novels should be essential reading,” said publisher Darren Davis. “As a once reluctant reader, comic books drew me to books.”

Davis, the creator of the 10th Muse, a bestselling comic book from 2000, started with Image Comics before forming his own company, specializing in dynamic fiction titles featuring heroines and exploring the lives of real people. His gambit worked, as his biographical comics have drawn a firestorm of media attention, including features on “The Today Show,” CNN, MSNBC, FOX News, and Time and People magazines.

For more information about the company, visit www.tidalwavecomics.com