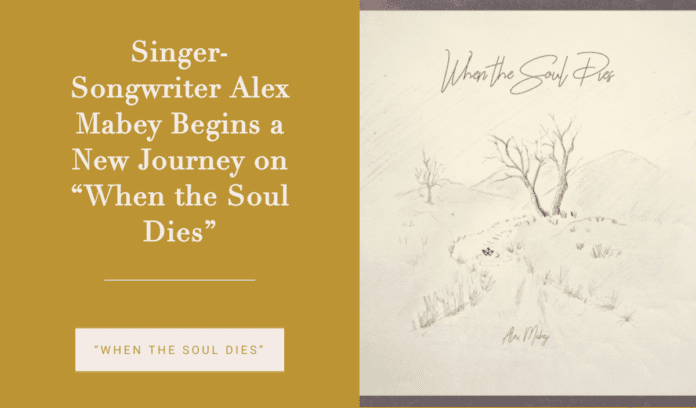 NEW YORK – August 26, 2022 – “I wrote the songs in love, not spite, because that’s the way I walked away from my marriage. But I wrote it all honestly.” Alex Mabey’s upcoming album, The Waiting Room (Feb. 17), sends listeners on a journey, of finding the courage to leave her unhealthy marriage and discovering liberating strength and life-changing lessons. The first single, “When the Soul Dies,” is out today.

“How long you are in a toxic relationship matters,” she says about the album’s lead single. “Your brain literally changes chemistry after so many times of experiencing the same type of trauma. I started to feel myself fade into someone I didn’t know, a ghost version of myself. I couldn’t bear to let that keep happening.”

The song is the first introduction to Mabey’s upcoming 15-song album, her fifth, called The Waiting Room, set for release in February 2023. The collection delivers her heart-wrenching story of finding strength in her faith and walking in love while navigating the decision to leave her marriage and battling autoimmune illness.

“It’s called The Waiting Room because it recalls the period of time before finding the answer—the miracle—that I was waiting for, both with my broken marriage and my health,” she says. “Some people never leave their waiting rooms. I want this album to sit with people in theirs and give them comfort first, then empowerment to get free.”

The Waiting Room spans 15 songs in total, an amount that makes sense when it’s taken into account that the album covers life lessons learned over the past decade. Mabey worked with Grammy-winning producer and engineer Casey Wasner—who won for his work on the collaboration between Taj Mahal and Keb’ Mo’— along with guitarist Nate Dugger (Drew Holcomb and the Neighbors, pianist Pete Wasner (Amy Grant, Vince Gill), bassist Brian Allen (Jason Isbell, The Secret Sisters, A Star Is Born) and guest vocals from singer-songwriter Tony Lucca.

In these 10 years, Alex released five albums independently, opening for artists ranging from Amy Grant and Wynonna Judd to Paul Cauthen and Liz Longley. Along the way, she learned the importance of resolve and ingenuity: The Waiting Room was self-funded through a crowdfunding campaign that raised an impressive $46,000 to be used for recording and release efforts.

The Waiting Room journeys through the process of navigating the grief of a complicated ending, weaves between what it means to offer grace and still find the courage to leave, and ultimately, rests in finding faith when it’s most necessary.

“I wrote these songs truthfully, but in love; in that no one was really the villain in the story– we were both bound by the spirit and cycle of addiction, just in different corners.”