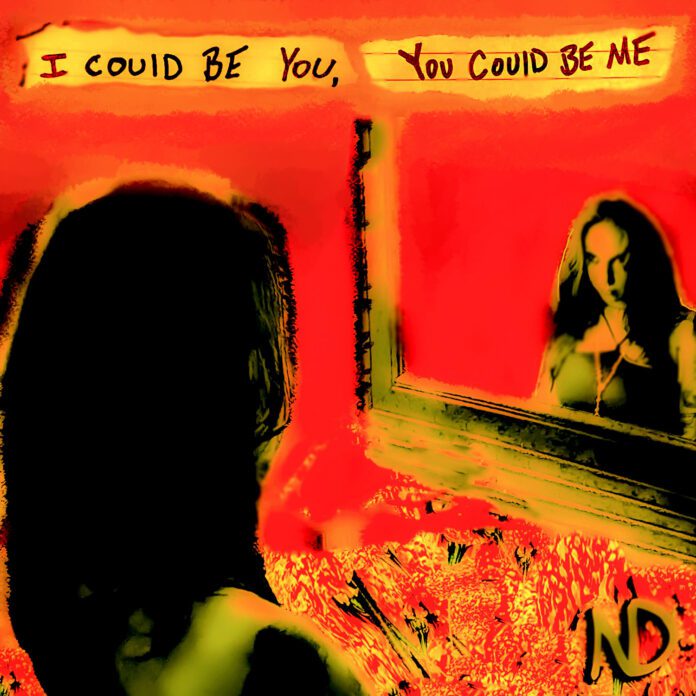 August 11, 2022 (San Antonio, TX) — Singer-songwriter-producer Nina Diaz, premieres new alternative/rock video single “Holy Mary Mother In Me” as a declaration of autonomy in the face of laws rescinding abortion rights. The track which recalls artists like Stone Temple Pilots, Kate Bush, PJ Harvey, Babes in Toyland, stems from her upcoming studio album titled, I Could Be You, You Could Be Me, which drops on August 18, 2022. Pre-order HERE. The album will be submitted for GRAMMY consideration in the Best New Artist category. Diaz performs live at Hotel Café in Hollywood, Calif. on Saturday, September 10, 2022. Doors at 7:30 pm. Tickets HERE.

On writing and performing the song “Holy Mary Mother In Me” Nina Diaz says: “I have a chaotic spiritual practice. I pull, with respect, from many religions and form what make sense to me. Mother Mary in Catholicism represents strength to me and goddess energy. Archangel Michael helps cut energetic cords that stop you from moving on or healing.

When I first wrote this song, I was in the process of breaking free from authority. Now this song means even more to me when I perform since people in power are banning certain rights for women in Texas. There have been times on tour, or here at home, when passing an abortion clinic, anti-choice groups would not only carry photos of fetuses, but they would hold up images of Mother Mary. Yes, in Catholicism she does represent purity and life. But to me she also represents strength, choice, individuality and courage.

Considering the recent ban on abortions in Texas, I feel this song, and the symbolism in this video represents the frustration of what it feels like when someone tells you what you can or cannot do with your own body. Especially when you are feeling lost, or stuck, or at a crossroads. As I mentioned before, Mother Mary is a badass in my eyes, and I am interpreting what it’s like to break free from the fears of others, and to have the right to make decisions for your own life.”

The video was directed and edited by Nina Diaz, and was shot with the help of camera assistants Carly Garza and Ann Correa. Discussing the video production Diaz says: “There is much symbolisms in this video. I draw inspiration from Pamela Colman Smith‘s illustrations used for tarot card decks. I also bring back the theme of “shadow work” as I include a shadow dance as part of the visuals. I want to share how the tarot cards are interpreted here: Two of Swords represents a stalemate, truce or being at a crossroads. Three of Swords represents a fundamentally sorrowful experience. Eight of Swords a feeling of being trapped and victimized. Ten of Swords represents destruction, being pinned down by a multitude of things or situations. I cut the ties binding me as the Eight of Swords, freeing myself to make a choice and embrace my power after feeling lost for so long.”

“Holy Mary Mother In Me” is the third music videos Diaz has produced for the album. See it HERE.

I Could Be You, You Could Be Me was produced by Nina Diaz who also engineered and mixed the album. It was recorded at BeatGirlProductions in San Antonio, TX and mastered for CD by Jerry Tubb at Terra Nova Mastering in Austin, TX. Edited mastering for digital release also by Nina Diaz.

Nina Diaz created BeatGirlProductions during the pandemic. As an engineer and producer, she welcomes other artists into her studio, and says: “I am proud of myself and the art I created with this first self-produced/engineered/mixed album.”

All images and photos courtesy of Nina Diaz.