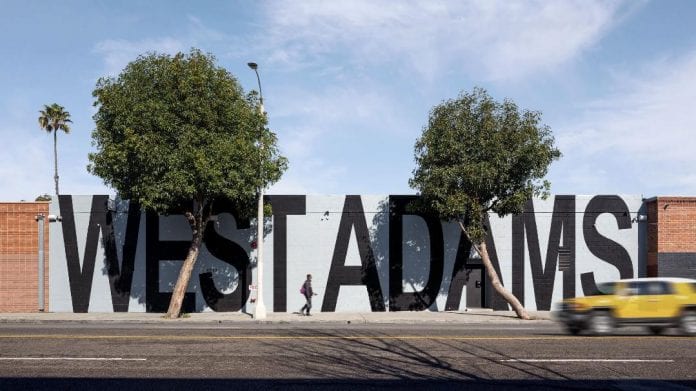 (LOS ANGELES –February 24, 2021) — Pirate, whose groundbreaking self-service studio model has evolved into the UK’s largest network of recording facilities, has launched In the United States after 12 months of planning. With the opening of new studios in Los Angeles added to three recently opened in New York, Pirate’s 24-hour, keyless, contactless, affordable concept presents a singular opportunity for members of the creative community to work during the pandemic while adhering to strict health and safety guidelines. The company has plans to expand to other major U.S. cities during 2021 and 2022.

Using an innovative contactless and keyless online booking system, Pirate is open all day and all night and offers a range of professionally equipped studio spaces for DJs, producers, musicians, podcasters, voiceover actors, dancers and vocalists to rehearse, record or even Livestream via the studios’ high-speed internet. Rates, starting at just $10 per hour depending on the specific studio, are significantly less than traditional recording studios.

To introduce its two Los Angeles (West Adams and Silver Lake) locations, Pirate is currently offering 30,000 hours of free studio time to new customers. Each new customer can receive a complimentary three-hour session in any of their rooms from February 24 until March 24, 2021.

Since Covid restrictions began, Pirate has been able to open three locations in New York, two in the Brooklyn neighbourhoods of Bushwick and Gowanus and one in Ridgewood Queens. As with the locations in Los Angeles, these are all burgeoning creative communities.

As part of its commitment to the local areas where their studios are located, Pirate is also offering unused studio hours to neighbourhood charities. Non-profit organizations will be able to use the studios for appropriate endeavours. Time will be open during non-peak hours (generally Monday-Friday, 9 AM–12Noon) depending on availability.

Pirate locations follow strict Covid-19 government guidelines to ensure their customers can create in a safe and comfortable environment. Hand sanitizing stations and sanitizing products are available throughout each facility, which are also professionally deep cleaned on a daily basis, and masks are required in all common areas. There is no reception staff, and communal spaces are currently cordoned off to maintain social distancing.

Pirate began with a simple idea. In 2014, co-founders David Borrie and Mikey Hammerton decided to design their own studio in Bristol, England after becoming disillusioned with the quality of available rehearsal spaces. Once built, they let their friends use the room to practice for upcoming gigs. From there, Pirate grew into the UK’s largest network of creative studios, now operating a network of more than 400 facilities worldwide, including seven in London alone.

“We saw an opportunity to make studios more affordable for people simply by being open all the time,” says Pirate co-founder David Borrie. “This had the added benefit of giving artists better accessibility, letting them use the studios at the times that suited them. Since then, we’ve just tried to identify the types of studios artists need and build them, trying where we can to break down the barriers that stop artists from creating the music and stories we love.”

property’s characteristics to make a space that feels true to its surrounding area, all while offering top-level gear. As an example, the West Adams site in Los Angeles contains 13 recording rooms—outfitted with monitors, interface, microphones and headphones—two podcast studios, six small and two large DJ rooms and three rehearsal rooms, plus parking. For most sessions, customers only need to bring a laptop and USB cable in order to start working.

Grammy™️-winning producer Che Pope, who has used the Silver Lake studios said: “Pirate offers easy, affordable access 24/7 and a great environment to be creative whenever you want. It makes the recording experience available to everybody, and that’s a really good thing.”

“Pirate’s belief that everyone should have access to creative studios has taken on new meaning in the last 12 months, as creative communities around the world face untold hardships,” Borrie added. “A recent survey of our DJ customers revealed that 54% have lost significant income since the arrival of the pandemic. By offering up quality, yet affordable rooms, Pirate hopes to provide local creatives with a space that will rebuild a sense of community in the months ahead.”

Pirate co-founder and VP Sammi Alani has relocated to Los Angeles to oversee Pirate’s U.S. expansion. “Long term, Pirate plans to operate in every major city in North America by the end of 2024,” he explains. “We are committed to identifying key creative areas for our locations and plan to add to our roster of studios in New York and LA while exploring cities like Chicago, Dallas, Houston, Austin, Atlanta, Nashville and Toronto for expansion over the next two years.”

To book a new customer free session, go to WWW.PIRATE.COM and the specific Los Angeles studio location and use the offer code NEWPIRATE.

Non-profits and charities in the above neighbourhoods can apply for space and get more information at https://docs.google.com/forms/d/1IEiYdYSvlvUujjGm4i0N_ZYWIQLH5VCVUwbeZM9_3pg

For specific equipment lists and booking information, visit pirate.com and click on the specific location.

For a virtual 360 walkthrough of the West Adams facility: