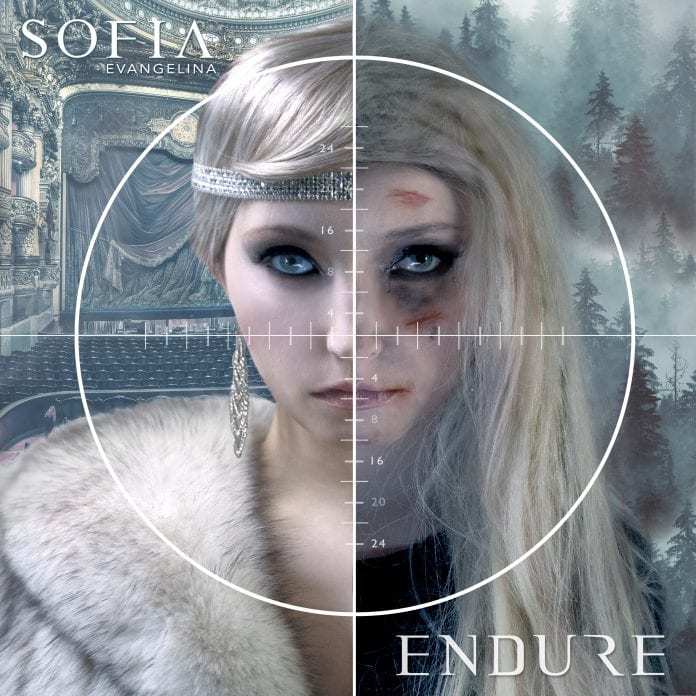 May 21st, 2021 (New York, NY): Pop/R&B vocal powerhouse and singer-songwriter Sofia Evangelina has released her intense, new R&B/Soul single “Endure”, following her previous singles, “This Is Your Song” and “Smile“. This will be Sofia’s first single of 2021 but she is planning to release at least another five epic tracks before the year is over.

“Endure” was produced by #1 “Hot 100” Billboard charting and Grammy-nominated producer, Roy “Royalty” Hamilton known for his work with Michael Jackson, Britney Spears, Monica, Joe. This track is a powerful battle cry about the trying situations we face in life, which is apparent in its darker tone and raw lyrics. “Endure” isn’t about winning the battle but shouldering the burdens and fortifying themselves against the storm in order to wait for the turn of the tide. With its emotional chorus and impressive vocals, Sofia longs to forge a connection with her listeners and trusts while listening to “Endure” they will be able to connect to its message in the times that they need the courage to overcome life’s obstacles.

Sofia and her team refer to the sound of this single as “Alien R&B” due to its hypnotic mesmerizing vibe which perfectly compliment Sofia’s ethereal vocals. It was recorded at the same time as her single “Smile” but development-wise, “Endure” is on another level as it is what Sofia considers to be more of her “true sound”. Its creation has allowed her to experiment and explore her artistry further than her previous work. Sofia is also in a preproduction process of a music video for Endure which is slated to be released in June 2021 which will add another layer of opulence and fantasy to the track.