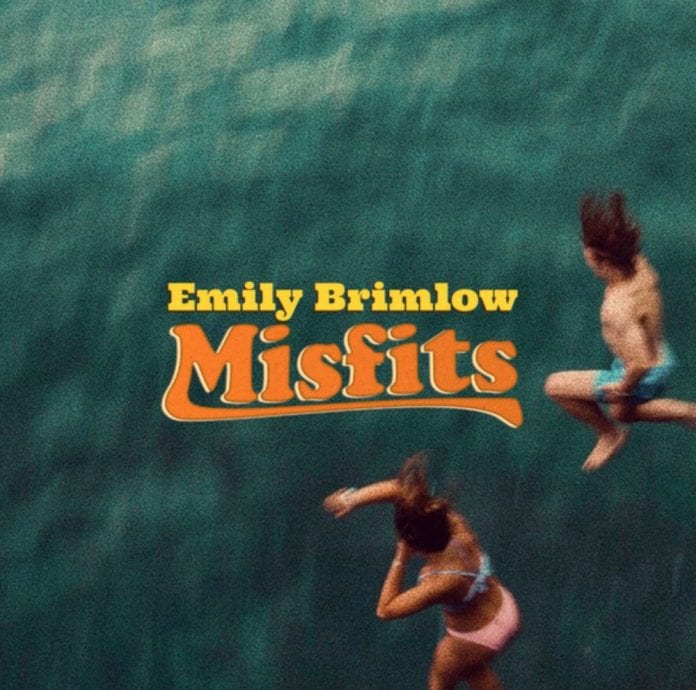 Canadian pop-soul singer-songwriter Brimlow today released her latest single “Misfits” via AESTHETYK. While most of the world has been staying at home during the quarantine, Brimlow has been on the road with her life partner exploring both the American and musical landscape.

The new single was influenced by Brimlow’s relationship with her life partner, Nathan, which she brilliantly captures in the song.

“It felt like my crazy finally met the same kind of crazy,” shares Emily. “When ya know ya know, and you kind of just want to get started on living the great adventure of life together.”

At the young age of twenty-five, Brimlow has lived an adventurous life. Originally from British Columbia, Brimlow was raised in a musical household. Her father, an accomplished musician, taught her how to play guitar and she began singing and playing guitar at family gatherings. After high school, she toured Australia with her band.

Brimlow finds inspiration for her music from artists like Paul Simon, Billie Holiday, Bonnie Raitt, and John Mayer. She believes that “music is the universal language of love, connecting people regardless of their personal history, experiences, or beliefs.”

From the press release announcing the news:

Brimlow is the third artist to sign with AESTHETYK, founded by music industry veteran, Matt Ingle. Of the signing Ingle says, “A mutual friend of ours put Emily on my radar a couple of years ago, and I knew almost immediately after hearing just a couple of her songs that I wanted to be associated with her as an artist and as a human being. Her inventive, thoughtful and wanderlust personality is so excellently reflected in her music, regardless how her style continues to evolve. Her refusal to settle into one predictable artistic style makes her an excellent fit for a partnership with AESTHETYK.”

Ingle created AESTHETYK as a way to offer emerging songwriters and musicians an opportunity for incubation, helping them cultivate a signature and meaningful sound, as well as brand and ethic for a mass audience.