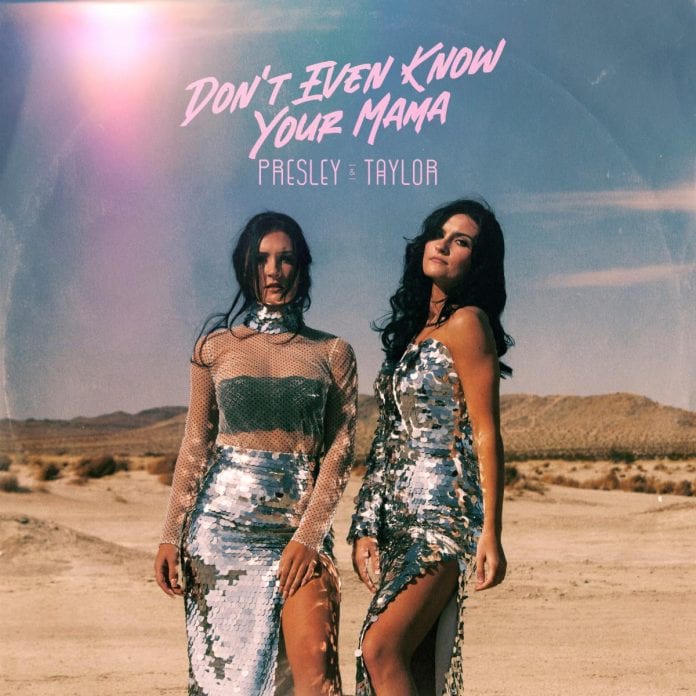 (Nashville, Tennessee…) – May 7, 2021 – Hot on the heels of “Everybody Sees It,” Presley & Taylor’s debut single for White Mustang Records, the sister duo today released “Don’t Even Know Your Mama.” The impactful new song was co-written by Tenille Arts and Adam Wheeler, produced by James Stroud and is available at all digital service providers HERE. Presley & Taylor shot a music video for “Don’t Even Know Your Mama” in Joshua Tree with director Gus Black, which will be released in the coming weeks.

“This is such an anthem about today’s hook-up culture,” said Presley & Taylor jointly. “We feel like at some point or another we all get roped into a relationship where it feels like it’s just going nowhere no matter how hard we try or how much we want it to. ‘Don’t Even Know Your Mama’ is so relatable from the first line to the last. We hope that when you hear this song you feel like you’re not alone and realize that you are a treasure. If he won’t introduce you to his mama then he’s just not worth it.”

White Mustang Records announced the hiring of Kallie Rhea to the position of Radio Promotion Manager earlier this week. The label is current assembling a full promotion team, and “Don’t Even Know Your Mama” will impact Country radio stations on July 26.

“Everybody Sees It” was written by Tenille Arts, Adam Wheeler and Aaron Goodvin and has amassed over two million combined streams since its release late last year. The corresponding music video premiered on CMT Music and CMT.com and recently hit the #1 spot on the fan-voted CMT Music 12 Pack Countdown.

Presley & Taylor are the flagship artists signed to the new White Mustang Records, distributed by Copperline via The Orchard, and produced by veteran hit maker James Stroud. Natives of Connecticut and current Nashville residents, the sisters were included in the “40 Under 40: Class of 2021” feature in the February issue of Connecticut Magazine. “Can you get to Nashville by way of Connecticut,” the magazine asks. “This sister act from Middlefield, whose music has been characterized as a blend of God-given sibling harmonies has proven you can.”