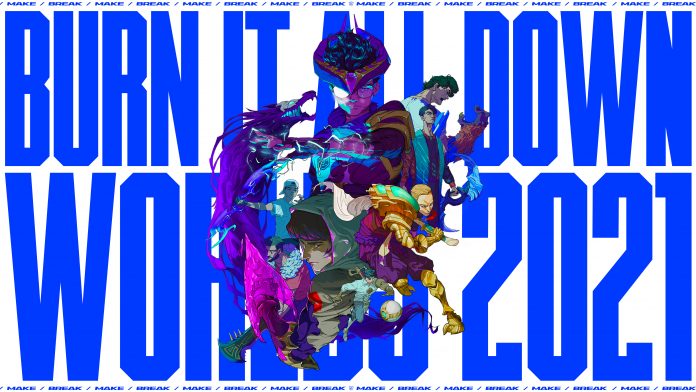 WHO: League of Legends World Championships 2021, the most-watched esports event in the world

WHAT: Riot Games just dropped the music video for the competition’s Worlds Anthem: Burn It All Down. This year’s original Worlds Anthem was performed by alternative pop act PVRIS and produced by Riot Games Music, with the band joining the ranks of past anthem performers like Imagine Dragons, Zedd and Chrissy Costanza. “Burn It All Down” continues Riot Games Music’s tradition of collaborating with some of the top performers around the world to create originally produced anthems every year for fans to enjoy ahead of LoL Esports’ biggest competition, with all the anthems combining for hundreds of millions of streams and views. This all is a continuation of Riot Games success in the music industry, with Riot creating its own music groups K/DA, True Damage and Pentakill based from its games, as well as partnering with Spotify last August as the official — and exclusive — audio-streaming partner for League of Legends global events like Worlds.

WHERE: The song will be featured throughout the League of Legends World Championships 2021.

WHEN: Kicking off in Reykjavik on Tuesday, October 5

WHY:  Lynn Gunn of PVRIS on what this year’s anthem “Burn It All Down” meant to her: “I think it’s very relevant and close to home. My life feels like it’s in a constant state of reinvention and rising from the ashes. “Destruction” is essential for growth and change and I always try to embrace the storm/chaos when it’s happening. I know there’s always strength and greatness on the other side of struggles, challenges, destruction, loss, etc. It’s important to lean in! Sometimes you need to “burn it all down” to survive.”