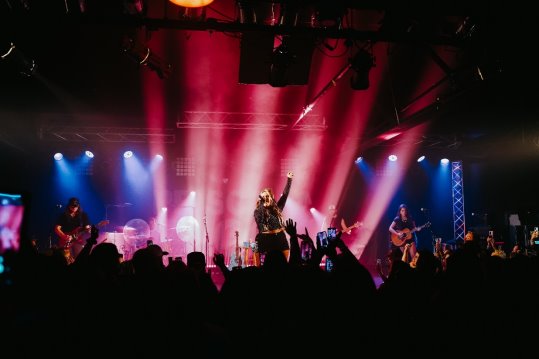 (October 20, 2022 – Nashville, TN) On the heels of her first headlining tour in the states and short run overseas, rising Mercury Nashville recording artist, Priscilla Block, kicked off the domestic Fall run of her wildly popular Welcome To The Block Party Tour. Her opening weekend consisted of multiple sold-out shows and over 4,000 tickets sold. The tour continues tonight with another sold-out show in Des Moines, IA. Playing three packed shows this past weekend, Block is thrilled to be back on the road meeting the fans that helped change her life.

“I seriously have no words. My fans are unreal! It’s pretty dang cool that we are nearly tripling the venue sizes from our tour this spring. It’s really cool to see this whole thing working and the fans are what keep me going!” says Priscilla. 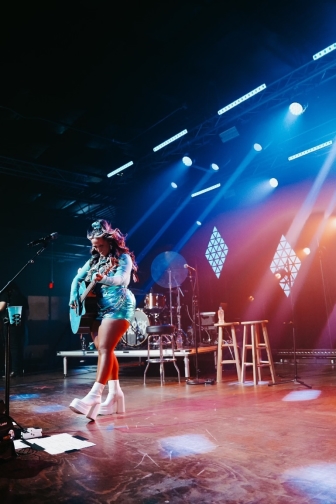 Priscilla is one of Country music’s most exciting new artists who has been taking the music world by storm since her RIAA Gold-certified “Just About Over You” captured audiences via TikTok. Since then, her undeniable voice and candid lyrics have cultivated a loyal fanbase and her debut album, Welcome to the Block Party (Mercury Nashville), has garnered her an ACM Award Nomination for New Female Artist of the Year, quickly followed by another nomination for Breakthrough Video of the Year at the 2022 CMT Awards.

Fans can hear Block on her recently released duet with Country superstar, Justin Moore. “You, Me, And Whiskey” is out now and available on all streaming platforms and ships to Country radio on Monday, October 24th.

LISTEN: “You, Me, And Whiskey” 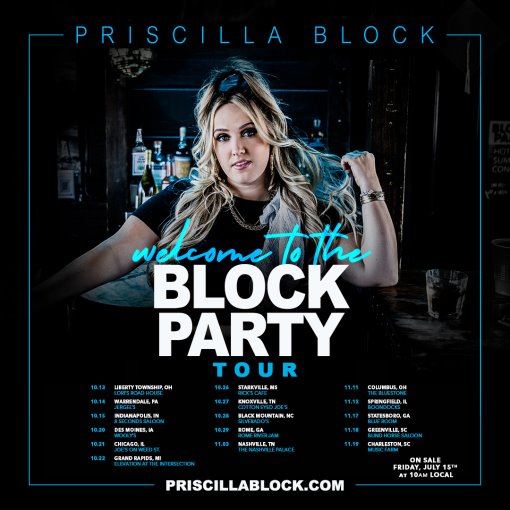 Be sure to check out Priscilla on the road this Fall as she continues her Welcome To The Block Party Tour. Tickets available here.