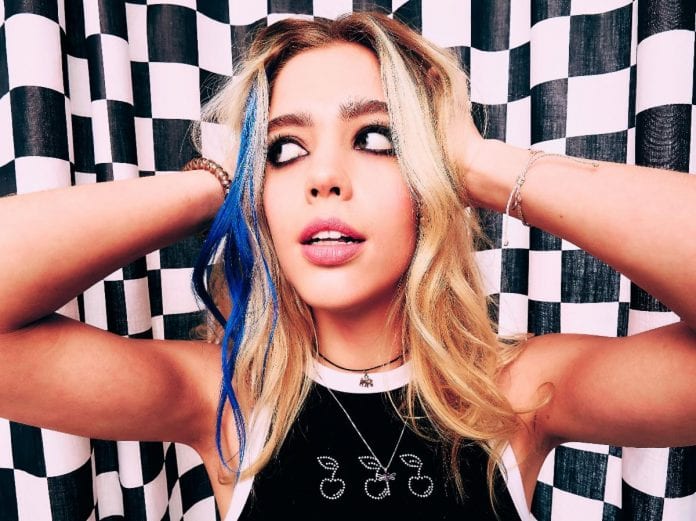 Today, Ronnie Watts shares her most anticipated single to date, “car ride home.” Since October of last year the pop-songwriter shared segments that went viral, building an excitement amassing over a million views pre-release. With lyrical introspection beyond her years and a climatic production that universally displays heartbreak, it’s clear why so many had been captivated by “car ride home” before it was even released.
Centered around Watts’ inner-dialogue during a night drive to New York City, she explores the sting of unreciprocated feelings and mixed signals that leave your head spinning and heart confused. She explains, “The song really came together for me when I wrote the lyric ‘things are prettier from farther away’. Especially with social media, it’s really easy to romanticize people and make up whatever about them to fit what you want. Everything seems way prettier when people only see the surface of your life, and not the cracks underneath.”
The track premiered exclusively with HollywoodLife who praised the single and Ronnie for her honesty and “undeniable talent and sharp songwriting.”
In a world filled with songs of lost love, Watts is delivering a new perspective on love that was never lost, but love was never given. Upbeat hollow piano and strings highlight the same passion-filled lyrics as her previous releases as Watts washes a wave of longing over listeners through her self-produced instrumentation.
“car ride home” comes after Ronnie’s debut EP ‘I Don’t Trust U At All.’ The project garnered over 2 million streams and praises from American Songwriter, EUPHORIA. Pop Justice, EARMILK, Spindle and more. The rising star also had multiple chart successes over the course of the last year, finding herself at #26 on the Shazam Charts and #25 on the Spotify Viral 50 in 2021.
Since her EP, Ronnie released a new version of her breakout single “Famous In California,” two collaborations and a remix to the track “Sad Summer.” “Sad Summer ” caught the attention of multi-platinum selling artist and “Hey, Soul Sister” singer Pat Monahan of Train. “car ride home” is Watt’s third release of the year following two collaborations, “You Said” released with Zach Oliver and “WAKE UP” with Jorlov.
Ronnie Watts finds new ways of capturing subtle moments with profound impacts. Ronnie is unafraid to share all parts of her. Recently she completed a guest blog with The JED Foundation where she opened up about having OCD. Her fearlessness in her vulnerability continues to find many fans from across the world. “car ride home” is the latest, capturing the feeling of abandonment in a way that makes us feel less alone.
Listen to “car ride home” on all platforms: HERE