Home News Music News RUBY GILL SHARES A COMPELLING NEW SINGLE ‘YOU SHOULD DO THIS FOR...

Ruby Gill shares a compelling new single ‘you should do this for a living‘ – a song about what it takes to navigate male power, pressure and coercion in the music industry. The song was written, recorded and produced in Melbourne/Naarm and features a choir of prominent female-identifying voices, Angie McMahon, Maple Gilder, Mimi Gilbert, Hannah Cameron and Hannah Blackburn.

Ruby explains that ‘you should do this for a living‘ is about “balancing the freedom of song with the reality of your gender speaking louder than your voice. It’s about learning to take up space in music, and on the strength and grit expected of women and non-binary musicians, while they’re quietly taken advantage of.”

“This song is for anyone who’s had a man change their guitar tone without their permission, had their worries ignored because worries aren’t sexy, or had their body convinced to do things that hurt, all in the name of getting ahead,” says Ruby.

“It is a singular story based solely on my own perspective, as all art is. But in it are some bigger things that I hope other people will feel seen by. We write the songs we wish we had heard when we were little.”

No men were involved in the making of the song – from photos to engineering, mastering and production to music and management. “That might sound glib, but for many of us, this was the first and only time we’ve been in a studio session without any men. That’s astounding to me. The energy and peace in the room and now in the song was even more astounding. I hear it in the song.”

Making this song with a community of such strong, ridiculous sisters, Angie McMahon, Maple Gilder, Mimi Gilbert, Hannah Cameron and Hannah Blackburn, was incredibly moving. “I’m so grateful for their friendship, insight and warmth. Each is my hero in their own small way and I doubt I’ll ever get to work so closely with so many of my favourite voices in one room again. So it’s all downhill from here really.”

The studio time was funded by The Victorian Music Industry Recovery Grant. Laura Hancock established the grant program at Soundpark to help rectify gender imbalances in Australia’s engineering and production industries, with studio time and training for female and nb-identifying musicians and recording professionals to learn and create. The song was produced by Laura Hancock, mastered by Becki Whitton and released with support from management Alyse Newman. 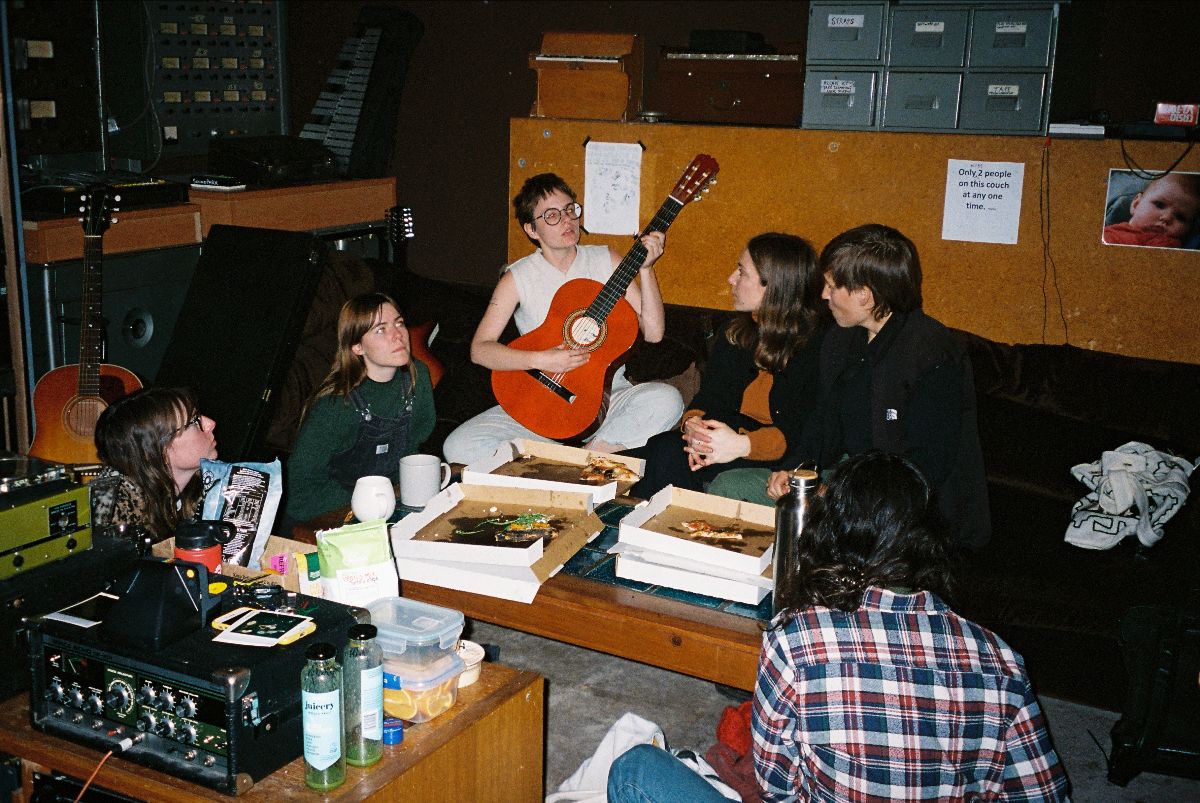 ‘you should do this for a living’ – out now