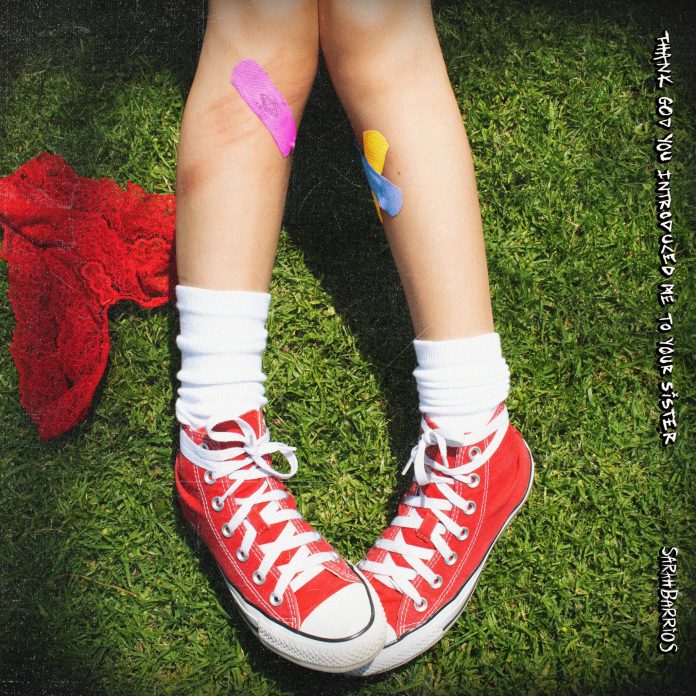 July 23rd, 2021 (New York, NY): Sarah Barrios has released her latest single, “Thank God You Introduced Me To Your Sister”.

“This song is one big messy, book-inspired, bisexual daydream and I can’t wait for the world to fall into it with me. In my head, I’m way more confident and cool than I am in real life. I have crazy adventures, wild situations and get lost in way too many love tropes. After coming out earlier this year, I was really nervous about how I would talk to women, so I spent a lot of time daydreaming up crazy stories and this song was one of them.” – Sarah Barrios

“Thank God You Introduced Me to Your Sister” was co-written by Sarah Barrios with Evan Gartner who also the producer of the track. With this new single, Sarah continues to showcase her story-telling ability by creating music with a specific narrative in mind. This has also been evident in her other singles released earlier this year. “IH8EVERY1” (May 2021)  was created as part of Sarah’s fan request series called, “You Ask, I Write” along with her single “Have We Met Before” (April 2021) featuring Eric Nam which is about a couple meeting for the very first time but feeling as if they met in another lifetime.

2021 has been a big year for Sarah as she is now set to perform at Lollapalooza and The Governors’ Ball, as well as having been featured on major publications such as J-14, Teen Vogue, Ones to Watch, Sweety High, and many more.