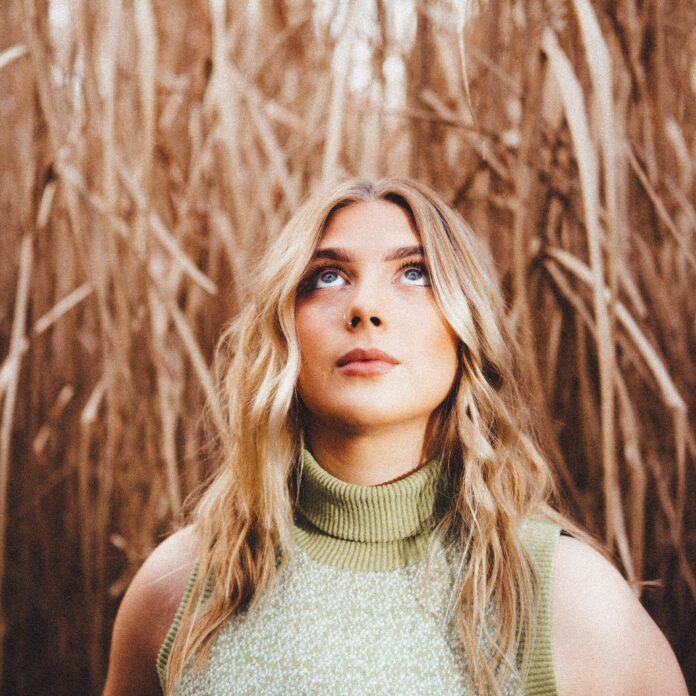 Following on from the success of her recent single, ‘Machine’, Sophie Griffiths is back with a heartfelt love letter to friendships lost and new experiences gained on nostalgic cut, ‘Evergreen’.

It’s been no secret for a while that Sophie Griffiths, as a 19-year-old artist, is writing songs way beyond her years in talent, skill and turn of phrase.

On new single, ‘Evergreen’, Sophie’s approach to songwriting and most importantly, story telling, shines through. The track sounds like a forlorn ballad about a relationship ending, but is rather cleverly telling the story of basically loving your mates and holding them close.

The track’s self-reflective lyricism may feel like just another teenage heartbreak song, but the tracks true meaning comes to the fore in the chorus as Sophie sings: “You’d never ditch me for a boyfriend, Cause our friendship’s too important, But you only call me back when he leaves”.

Speaking about the song Sophie said: “This track is all about when a mate ditches you for their first love; going from being inseparable childhood friends to coming a sad second to their relationship. This was written from personal experience and I wanted to show all sides of the way I was feeling; happy that my friend was happy, but also pretty upset that the friend I thought was my ‘evergreen’ could drop me so quickly while being completely prepared to pick up the pieces if the relationship didn’t work out. I’m really proud of this track and am buzzing for it to finally be out!”

‘Evergreen’ is a wholesome and honest call to arms to make the most of the friendships you have whilst you have them.

This single follows on the back of huge support on her last release, ‘Machine’, at radio. BBC Introducing Essex made her their ‘Weekly Vibe’, whilst Radio Essex have added her to their C-List. Whilst both Amazing Radio‘s Shell Zenner & Charlie Ashcroft have been supporting consistently.

Videos that Sophie has posted to Instagram have reached millions of views whilst her Tik Tok has gained a 360,000 strong following.

To celebrate her last single, Sophie played her debut headline show in London which sold out in a matter of hours, whilst at Great Escape she played two packed out sets, one of which was broadcasted live on Scruff of The Neck’s Twitch stream.

Packing a punch to the gut in the chorus like Emie Nathan, with a voice not too dis-similar to pre-album Maisie Peters but the maturity in delivery of a young Adele, ‘Evergreen’, feels like it will do what it title intends.