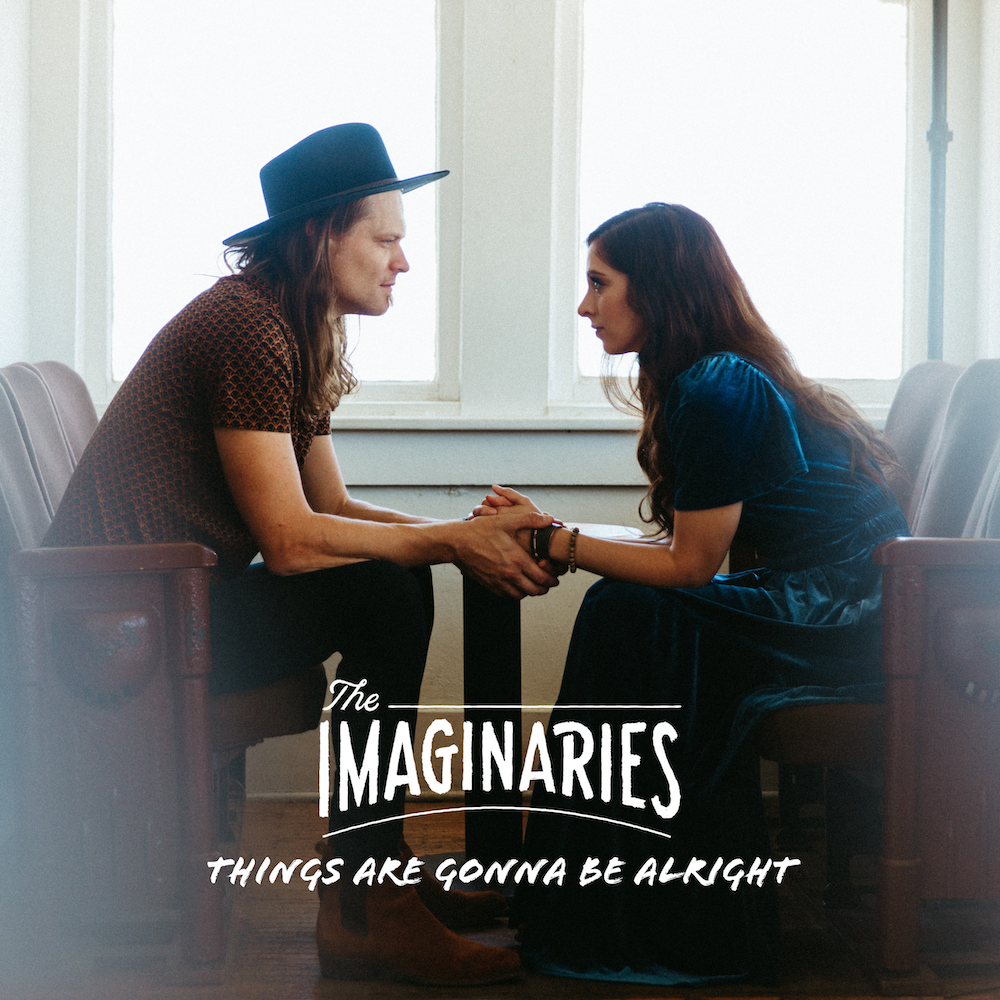 NASHVILLE, Tenn. – Following the recent Netflix premiere of A COWGIRL’S SONG, momentum continues for The Imaginaries with the release of “Things Are Gonna Be Alright” today. Produced by the husband-and-wife duo (Maggie McClure and Shane Henry) and penned by Henry and Jeff Silbar (“Wind Beneath My Wings”), “Things Are Gonna Be Alright” delivers a universal and relevant message of hope to listeners.

The Imaginaries will debut “Things Are Gonna Be Alright” live during several upcoming tour dates, including concerts with Noah Vonne in Dallas on Sept. 13 and Tulsa on Sept. 14, a stop in Nashville for AMERICANAFEST and a show on Sept. 18 with The Woods and Kiely Connell at The Basement as well as a concert on Oct. 14 in Oklahoma City. For tickets and more information, click HERE.

The Imaginaries enlisted Rahul Chakraborty with Chakra Productions to produce the cinematic video for “Things Are Gonna Be Alright.” Cowboys & Indians will premiere the short film, which stars The Imaginaries, on Sept. 12. McClure and Henry also starred in A COWGIRL’S SONG, written and directed by Timothy Armstrong, and wrote and produced the original motion picture soundtrack.

Released in theaters and on VOD from Samuel Goldwyn Films on April 22, A COWGIRL’S SONG debuted on Netflix on Aug. 21 and released on DVD and Blu-ray on Sept. 6. The Imaginaries will appear at a screening of the coming-of-age drama tonight (Sept. 9) at Rodeo Cinema in Oklahoma City that will feature a short performance and Q&A with cast and crew. For tickets and more information, click HERE.