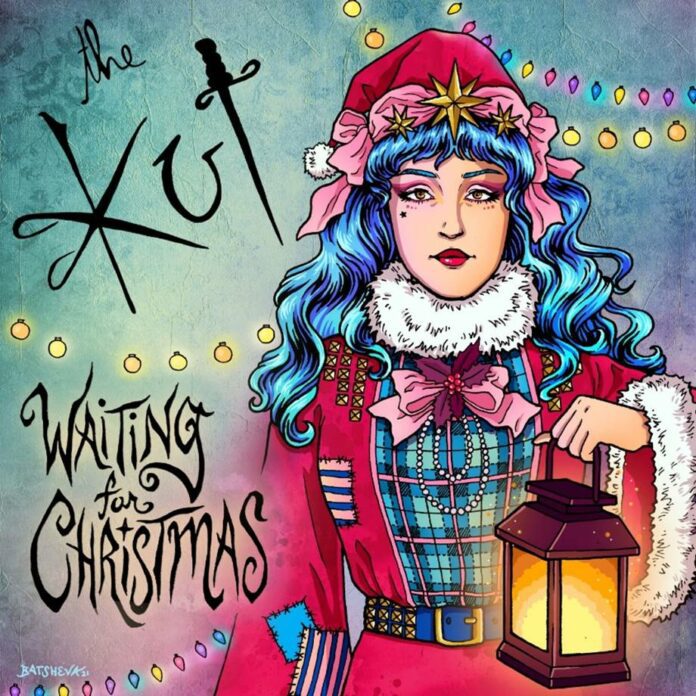 The Kut (PhD) will re-release her Christmas Single ‘Waiting for Christmas’ on Limited Edition 7” Vinyl on Friday 17th December. In 2020, the single was played on over 500 radio stations and was announced as a late Official Contender for Christmas No.1.

Although largely an underdog, the fans smashed boundaries by charting the record at No.10 in the UK Physical Singles Chart on Christmas Day. It went on to spend 4 weeks on the chart, also appearing at No.65 in the Official Single Sales Chart.

Recorded by Jack Ashley at Fiction Studios London and mastered at Abbey Road by Frank Arkwright, the accompanying music video was filmed during the recording session and subsequently selected for US airplay by MTV, LATV and Music Choice.

This year The Kut will donate 50p from every download and £1 from every 7” and CD sold on the official store to empowering charity, Girls Out Loud.

“I’ve chosen Girls Out Loud as the charity we will donate to this year.  They do amazing work to empower young girls, and equip them with confidence, resilience and a positive self-image. All single sales of ‘Waiting For Christmas’ between now and Boxing Day, will contribute to a one off donation we will make to Girls Out Loud” The Kut announced on her blog.

The song itself represents a melancholy take on Christmas, highlighting the sombre pressures surrounding it, combined with an uplifting message. Nevertheless, it comes complete with orchestral strings and Christmas bells.

Nominated as Breakthrough Artiste 2019 in the Live UK Awards, and a three-time Semi-Finalist/Finalist in the UK Songwriting Contest, The Kut is a rising rock multi-instrumentalist who performs and records alongside a collective of women in music.  Her 2018 debut album ‘Valley Of Thorns’ reached No. 7 in the UK Rock Albums Chart and No. 18 in the UK Independent Albums Chart.

More recently, her single ‘ANIMO’ (meaning courage or spirit) charted at No.8 in the UK Physical Singles Chart, No.35 in the UK Sales Chart last month. The release was funded by Arts Council England and unapologetically packed with girl power.

Performing as headliner on The River Stage, Isle of Wight Festival in September, The Kut has just announced Tour Dates with Music Venue Trust x The National Lottery #ReviveLive Tour, which will take place in January 2022. The multi-venue event seeks to kick start the return to live gigs featuring performances from Enter Shikari, Feeder, Becky Hill and many more at grass roots venues in the UK.