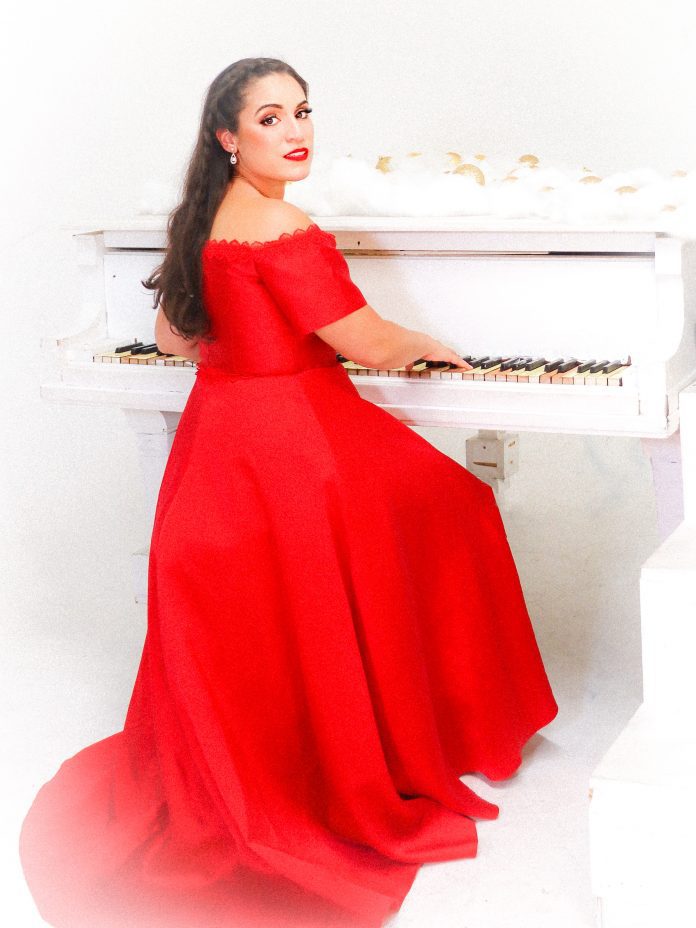 Gina Naomi Baez is an actress, singer/songwriter, YouTuber and influencer from New York City. With a flourishing acting career having landed roles in Spike Lee’s She’s Gotta Have It, Orange is the New Black and most recently CBS’s FBI. She has also performed in numerous Off-Broadway and Regional theatrical productions, with Baez becoming a name on everyone’s radar. However, her love and passion for songwriting and music has always been the true driving force behind her creativity, with the artist using her platform to spread messages of positivity.

2021 sees the songwriter return with another Christmas song. Baez confides, “I love writing an original holiday song every year. This year, in particular for me after losing someone close to me, I became really focused on expressing that feeling of missing someone during the holidays. This is where that idea for Tinsel and Tears first came to mind.” “Tinsel and Tears” navigates the pain by discovering the beauty in the grief. Baez delivers this raw and very real feeling through an emotional and truly heartfelt release. Baez continues, “That feeling might be a dark one, especially during the holidays but it’s a feeling that everyone goes through or will go through in their life whether it be a loss, a break-up, a divorce, a parting of ways, a long-distance relationship.”

Inspired by the likes of Taylor Swift, Ingrid Michaelson, and Sara Bareilles, the single emits an intimate atmosphere, with a touch of sparkle. The accompanying music video reinforces this majestic feeling, reminiscent of Bridgerton. Adorned in elegant gowns, we see Baez gracing a dance hall, surrounded by loved ones and glistening decorations.

The release is also combined with a duet of “Silent Night” featuring Christina Bianco. Baez puts her magical stamp on the classic and well-loved Christmas song.

Baez has also seen great success with her YouTube channel which has built an impressive following. Her infamous “Lizzo’s Truth Hurts x Hocus Pocus” parody music video went viral after LIZZO herself reposted it, as well as Bette Midler. The channel features creative, unique original music videos, covers, and parodies of popular songs and has garnered worldwide recognition from the likes of PEOPLE, Entertainment Weekly, Access Hollywood, The Huffington Post, MTV, Perez Hilton, FOX, E! ONLINE, Ryan Seacrest, Yahoo News!, Stylist and much more! Propelling in all areas of the industry, Baez is clearly a force to be reckoned with.