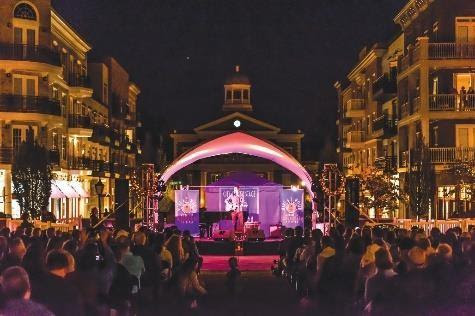 Alpharetta – Wire & Wood has announced the full entertainment schedule of national, regional, and local performers for the 2022 event to be held on Friday and Saturday, October 7 – 8, from 5 p.m. – 11 p.m. The popular free admission festival will host thirty-four (34) performances on six (6) outdoor stages plus an additional seventeen (17) Music Match showcase performances at participating Downtown area businesses.

“Wire & Wood attracts the best singers and songwriters each year to perform their original music, and this year’s lineup will not disappoint,” said City of Alpharetta Director of Recreation, Parks & Cultural Services, Morgan Rodgers. “This festival has a special way of bringing our community together. The streets of downtown Alpharetta will be filled with the sounds of music, and you won’t want to miss it.”

The full Wire & Wood schedule is available on the event website at wireandwoodalpharetta.com. 2022 Performers include the following:

In addition, the Music Match program will offer seventeen (17) performance showcases in participating downtown businesses during the festival weekend. Music Match and its partners, the City of Alpharetta, Fulton County Arts & Culture, and the Alpharetta Convention & Visitor’s Bureau, are dedicated to highlighting local talent while bringing a vibrant music scene to downtown Alpharetta. Music Match performers and venues include the following:

The weekend of music kicks-off at the Plaza at Avalon on Thursday, October 6, from 6:00 p.m. – 9:00 p.m. with a special free concert from Cat Ridgeway & the Tourists and Mark Miller.

Event-goers will enjoy a wide variety of delicious food and beverage options from numerous local restaurants in Downtown Alpharetta with many offering convenient to-go special packages for fans. Due to the expected high demand for restaurants, attendees are encouraged to call ahead to place to-go orders for pick up.

Getting to Wire & Wood Music Festival is easier than ever, with numerous transportation options for fans to experience the festival. Free parking is available throughout the downtown area, including the City Hall Parking Deck at 2 Park Plaza, the parking deck