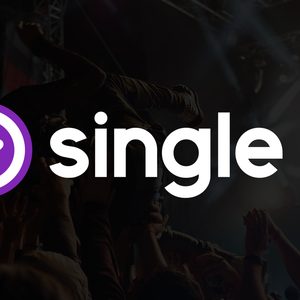 Imagine if anyone had access to the same video streaming technology used by big names across the music industry like Def Leppard, Korn, Needtobreathe, Young the Giant, and The Smashing Pumpkins. Not only has Single Music imagined it, they now are providing that technology to the masses, including every band named above.

With Single’s centralized interface for direct-to-consumer digital sales, monetized video content, and chart reporting, the same technology that has powered live virtual concerts for major music artists is now available as a completely white-labeled experience to all creators through their 1.7 million Shopify storefronts.

Single has released its high-caliber streaming tech to the greater Shopify public in response to the growing interest in live streaming for retail of all kinds. “It’s clear that this tech can make waves way beyond music,” said Tommy Stalknecht, CEO and Co-Founder of Single. “Every business is leading with content today, and comedians, podcasters, influencers, any business trying to reach consumers will need live streaming in their toolkit.”

Single’s video streaming technology has helped generate nearly a million tickets and $23 million in revenue for artists through the most difficult year in music, a year with no live shows and severely cut-off revenue streams. Those numbers came from just 450 shows, leading Single to explore what could happen if all 1.7 million Shopify creators had access to the same content-monetizing technology. Opening up this technology–which includes interactive chat features, merchandise sales, and ticket bundling, and the ability to sell past events as rentals–expands the world of possibilities for content creators.

With their Shopify storefront, creators of all kinds, including comedians, influencers, athletes, and authors, can premiere events, offer rental access to content, and bundle access to Livestream or rental events with physical merchandise, all with the same technology major bands have been using for their own virtual events.

While one might expect the technology that has powered major Livestream events, such as Def Leppard’s recent All I’ve Got Is a Photograph live conversation, to be intimidating and complex, the technology is approachable and straightforward. Whether users are setting up a live video event or an on-demand rental, sign-up is a simple process. Users select either Livestream or rental, establish customizable aspects like merchandise sales and event details, test the stream, set up sales details, and publish. That’s it.

“This technology isn’t new for us. We’ve been offering it to major artists all along. Now we’re excited to see what all Shopify creators and businesses can gain from it,” Stalknecht said.

And while this technology is available and useful to any creator in any line of business, Single is a strong competitor in the video streaming industry, matching up pound-for-pound against branded platforms such as Mandolin, Veeps, and Moment House.

“There’s a gut reaction for musicians to use 3rd party platforms because that’s what they know,” Stalknecht said. However, Single believes there is a better way. “By integrating video content directly into an artist’s store they get the best of both worlds. Their brand is front-and-center, they own the platform they are sending their fans to, and there’s a much higher likelihood of ancillary sales of high margin items – i.e. merch. This is why we are invisible by design – they deserve the credit (and revenue) from the art they create, not us.”

“During 2020, when Covid was at its height, we were actively looking at ways to keep revenue coming for our clients and the company,” said Bruce Fitzhugh, VP Artist Services at Manhead. “Single Music got in early to build out Live Streaming on Shopify. This was a great way to drive fan traffic directly to the artist’s store, allowing us to keep that direct connection between the artist and fan. Single Music’s team has been there to guide the artist and merch company the entire way.”

Concert discovery service Songkick also saw success with Single’s video streaming service. “We are very happy we partnered with Single Music to bring Livestream concerts to our users,” said Senior Product Manager John Kilpatrick. “The team has been brilliant to work with, providing us with 100% uptime on live streams and very responsive support.”

With big companies and names on board, Single Music feels ready to provide quality service to all Shopify storefronts. “Our goal has always been to provide technology that works for artists, to provide what makes sense,” Stalknecht said. “And now we’re pushing it out to everyone.”