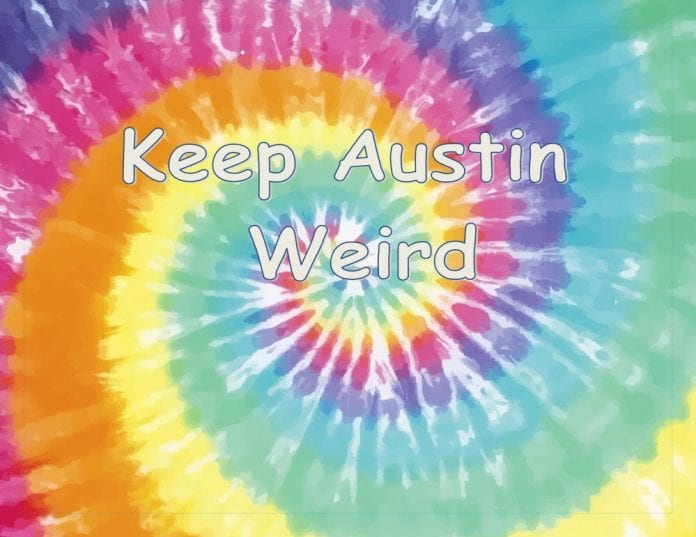 Sporting more music venues per capita than any other US city, Austin’s official slogan is The Live Music Capital of the World. It is home to the PBS TV concert series Austin City Limits and the annual music/film/interactive festival South by Southwest (SXSW.) The Texas capital is one of the fastest-growing large cities, often voted as the No. 1 place to live, with its mix of tradition, culture, and technology. “City of the Violet Crown” and “Silicon Hills” are some of its nicknames. And, going back to slogans, it still has the unofficial one of “Keep Austin Weird.” As a musician, you can feel its gravitational pull.

Austin is where numerous music legends, past, present, and future, call home (Janis Joplin, Kathy Valentine, Shawn Colvin, to name a few). Many got their start in its legendary (some infamous) clubs, where they were able to reach out and let their juju flow. Here, we will cover some of Austin’s music venues with a spotlight on what makes them so unique and what they’re doing now.

The long-reigning queen mother is the Continental Club. She opened her doors in 1955 as a swanky private supper club, with vintage cars and hot rods ever-present nearby dangling like sacred jewelry. Over time, she spread her musical wings to host country, Americana, swing, rockabilly, rock, and blues. It was voted the 2019 Best Intimate Live Music Venue. In the wake of COVID-19, the Continental Employee Relief Fund – Online Tip Jar was initiated, and one hundred percent of the donations benefit its employees who can’t work during this public health crisis.

Located on the campus of The University of Texas at Austin is the Cactus Café. It opened in 1979 and is located in the Depression-era Union Building, which was constructed with New Deal funds (when you talk about Texas, you’re going to get some history). What’s uniquely cool about the Cactus Café is that both notable artists and up and coming acts have the chance to perform here. Past performers include Dixie Chicks, Brandi Carlisle, Ani DiFranco, Kristin Hersh, Alison Krauss, Sharon Shannon, and Milla Jovovich. There was a threatened closing in 2009, but as members of the Austin community rose up to form Friends of the Cactus Café, an agreement was reached, and it remained open. Like most venues, they temporarily closed due to COVID-19 but engaged the Cactus Café Operations Fundraiser. Their concert calendar shows live performances starting in September.

You can’t talk about Austin and not hear about Austin City Limits with its TV series, festival, radio show, and music venue Live at the Moody Theater (ACL Live), which opened in 2011. The television show premiered in 1974 and, as it’s still running to date, was proclaimed as “the longest-running music show in the history of American television.” The show and its original studio were inducted into the Rock and Roll Hall of Fame in 2010. Notable performers included in their 40th-anniversary event were Loretta Lynn, Bonnie Raitt, Rosanne Cash, Marcia Ball, and Shawn Colvin. Shows at ACL Live have been canceled or postponed to later dates.

Over at the blues side of the tracks is Antone’s Nightclub, which opened in 1975 by the late Clifford Antone. In 2015, it was restored by a new team and serves as Austin’s premier home of the blues. On July 15, they will celebrate their 45th anniversary but are asking for help to get there with a Go Fund Me page to support their staff and resident musicians.

With its intimate atmosphere and award-winning listening room, the Saxon Pub has been the go-to spot for music and film contenders since it opened in 1990. Being a choice spot for live recordings, video, and filming, they have also featured food trucks and free happy hour shows. They are working on rescheduling shows, actively soliciting their merchandise, and even raffling off their coveted bar tables to help support its staff.

The venues mentioned in this article are a mere smattering of what Austin has to offer. The extensive list of the city’s music venues is long and well earned.

As is the case for almost all music venues, they are currently closed (at this time of writing) or slowly reopening, and previously scheduled performances have been canceled or rescheduled for a later date.

As Texas recently reopened, Governor Greg Abbott announced in early June that bars remain at fifty percent capacity and under strict conditions (e.g., patrons must be seated). Tables must be at least six feet apart. But these guidelines are, of course, subject to change over time.

If they’re not crowded, it ain’t worth it

While bars are reopening on a limited capacity, most music venues will remain closed. The reasoning is that if they’re not crowded, it ain’t worth it to open; it’s not enough to cover expenses, let alone make money. Regardless, if you’ve ever been to the Lone Star State, you know the feeling of state pride and their sense of community, showing even on their anti-littering motto, “Don’t mess with Texas.” One clear thing is that all of the music venues are doing what they can to support their staff.

This is one of those times in your life when you will look back and remember where you were and what you were doing. Soon enough, we will all be able to get out again but, WOW, hanging out binge-watching TV was never so exhausting! 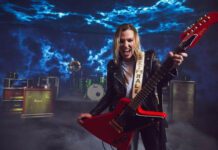 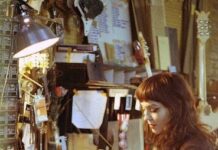 INSIDE THE INDUSTRY CINDY HULEJ OF CINDY GUITARS – LEGENDARY LUTHIER 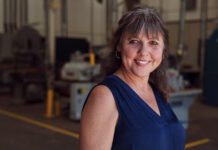 INSIDE THE INDUSTRY BARBARA WIGHT: CFO OF TAYLOR GUITARS