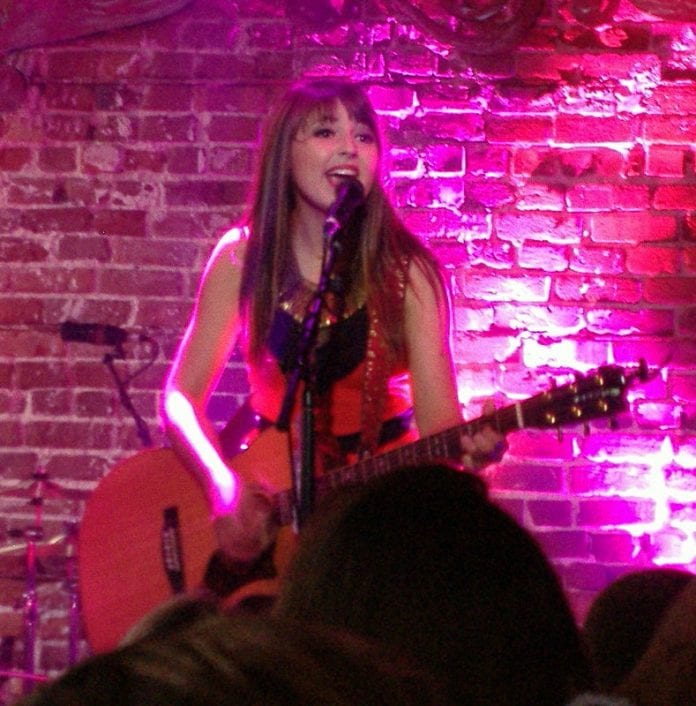 July 13, 2013 was one of those typical summertime days in St. Petersburg, Florida. One in which lots of heat and humidity spawned the kind of weather most often associated with that city and the entire Tampa Bay region every summer: Brief, often heavy, rain and frequent lightning.

But it was at Club Detroit in St. Pete’s downtown that about 300 people of all ages dodged the rough late-afternoon storms to welcome home one of their own. Caroline Kole, the Pinellas County-born, fast-rising singer-guitarist who just turned 16, and was fresh off touring as the opening act for country legend Reba McEntire, as well as an appearance last month at the CMA Festival in Nashville, brought her 4-piece backup band with her to give a free concert that lasted over a hour.

We featured Caroline last February, and given what has just happened to her since, she has shown more confidence now than she ever has. If you go by just her voice, you can’t get more professional-strength than what Caroline gave that evening. Her years of experience have already proven it, and with a hometown crowd behind her, that professionalism and experience showed, even in a setting as intimate as this.

The way Caroline entered the stage at Club Detroit was a rather spectacular one, as she walked right through the near-capacity crowd. It’s one of those “something you don’t see every day” kind of moments from someone of her growing stature and popularity.

While Caroline delivered some excellent original songs like “Really”, “Right Time”, “Get to You”, “LOL” and “Read It In a Book,” she also mixed in a few cover songs for good measure, namely Miranda Lambert’s “White Liar” and “You Can Hear Me On the Radio” by the aforementioned Reba, as well as a couple of favorites from the rock and pop worlds–Journey’s “Don’t Stop Believin’,” and Adele’s “Rolling in the Deep.”  iven how big a hit the latter was just a couple of years ago, it made for lots of strong audience participation, particularly when Caroline let a youngster have the mic to sing a line or two of it.

During the course of her appearance, Caroline noted how happy she was to be back home. At the same time, she told her audience that while so much has changed around her, she feels like nothing has. She also spoke of how much sacrifice she and her family had to make in relocating to Nashville, where she’s currently based.

One other original tune that Caroline sang paid tribute to Winter, the dolphin spotlighted in the hit 2011 movie Dolphin Tale, based on the actual story of Winter’s rescue just a few years before. Caroline explained to her audience that this particular song would be featured in the soundtrack of a documentary on the making of Dolphin Tale.

As her show wound down toward the end, Caroline got to sing a very good track that has become what you might call her first hit, “Money to Me.” And you might also say it’s money to her when that song gets a good dose of airplay on country music radio in Tampa Bay and, one would hope, throughout the US. Caroline recently shot a video for “Money to Me,” look for that to come out real soon. 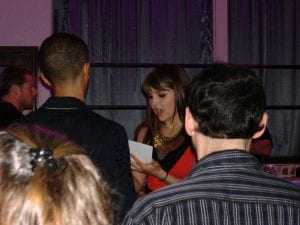 A few minutes after Caroline’s set was done, I briefly chatted with her in the midst of all the autograph-seeking fans. When I asked her, now that she is 16, whether she likes to think of herself as a role model, if not a teen idol, Caroline replied that she works hard to be the very best, while at the same time, serve as that role model for both her younger fans and her sisters.

Caroline Kole delivered a very fantastic show before the hometown folks in St. Pete, and she is going to be heard from a lot more over the next few years. Here’s hoping that when they say, “It can only get better,” it will for Caroline, particularly next month when she’s scheduled for some state fair dates in Springfield, Illinois [August 15] and Syracuse, New York [August 25]. Not to mention a possible return trip to next year’s Strawberry Festival in Plant City, Florida. 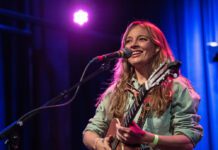 Misty Boyce performed at the Tractor Tavern on September 14, 2022