Playing to a full house at Eddie’s Attic last night and opening for Janis Ian, Diana Jones, American singer-songwriter from Nashville, Tennessee, opened the show with “Pretty Girl” and continued on to sing some of her other great songs “Cold Gray Ground” which she jokingly describes as her burial instructions, followed by “Cracked and Broken,” “If I Had a Gun,” “Henry Russell’s Last Words,” “Pony,” and closed with “Ode to Love.” Diana played her Stonebridge 1930 acoustic guitar that was made especially for her.  Stonebridge Guitars are handmade in the Czech Republic. 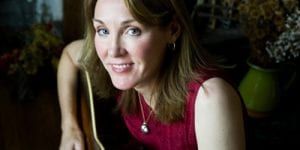 The main act, Janis Ian, captivated the audience with her power house vocals and gentle guitar playing skills.  Throughout the show, Janis often poked fun of herself and told a story of her move to Nashville 24 years ago and learning the “Southern” lingo.  She joked of making a song at 14, had a hit at 15, and was a has been at 16 (although we disagree).

Janis is truly a master at telling a story.  She opened with “Society’s Child,” then continued on with “Jolene,” “Tiny Mouse” which was written for The Boat Project, “Love is Blind,” “Red Lights and Promises, “Jesse,” and several other songs, and then talked about the story behind “At Seventeen.”

Janis’ mother was an immigrant and Janis spoke of how her mother never felt like she was smart enough because she didn’t have a college education.  In 1998, Janis founded the Pearl Foundation to assist adults in obtaining higher education in their later years.  To her surprise, she raised $75,000 (against an initial goal of $15,000) and was  able to send her mother to Goddard…where it took her 14 years to achieve, but she did it!  Today, she continues with the Pearl Foundation and has raised over $650,000 in scholarship funds since its inception.

The evening closed with Janis and Diana singing “I’m Still Standing” and it was truly a great experience to see her still “still standing” and doing what she loves the most! After the show, Janis was available for autographs and photos…which all of the fans took her up on.  Many of them brought their original albums to have Janis autograph.

I purchased her autobiography “Society’s Child” and am looking forward to reading it and writing a review. 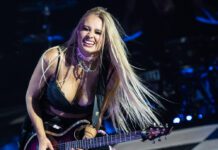 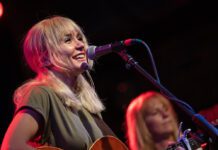 Esther Rose performed at the Tractor Tavern on July 20, 2022