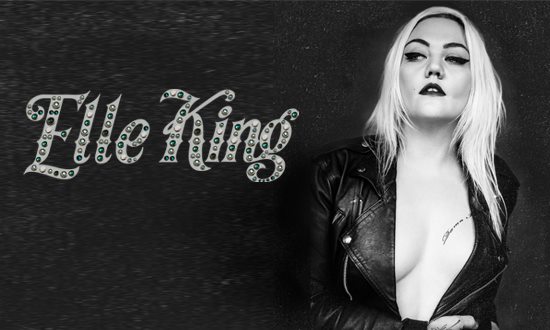 In an area referred to as Little Five Points in Atlanta, Georgia in the music venue Variety Playhouse, Elle King brought her music to life with a gutsy, powerful and “not the faint of heart” performance.

The night began with the Nashville-based band Clear Plastic Masks whose music combines blues, punk and a little soul, a new kind of alternative sound. Band members Andrew Katz (lead vocals and guitar), Charles Garmendia (drums), Matt Menold (guitar and keyboards), and Eduardo DuQuesne (bass) originally formed the band in New York before relocating to Nashville. They have a really good sound. I can tell they are talented musicians with a definitely unique sound.

It was the time that the audience was waiting for, as even more and more fans filled the sold out venue.  Elle King arrived and commanded the stage. At that point, I knew I was in for a great evening of music.

A roar of joy and appreciation came from the crowd as Elle King went into her first song. She stepped onto the stage wearing a light color peasant style top with striped and paisley bell bottoms, which she proudly announced she “got in Atlanta just today.” This matches her attitude of just to have a good time all the time – and she was definitely having a good time in Atlanta. With a drink in hand and a lot of story-telling and swearing, she had the audience from the beginning. Her energetic and charismatic personality shown threw on stage.

The backdrop of the stage consisted of a giant red heart with the saying “Good Time” written inside of it. This was done in a tattoo style of art and it was beautiful. The lighting for the show was flashy and exciting, reds, greens, yellows, blues, purples, and white lights. Again this just added to the good time that everyone was having.

Elle King is a talent like no other. She started her first song just on vocal, but quickly kicked into high gear switching between guitar and banjo for the much of the rest of the show. She has her own idea of the sound she wants and it matches her high ranging yet warm raspy, vocals very well.

Elle King is from Jackson, Ohio and her latest album is titled Love Stuff. This talented, outspoken performer played old songs that the audience knew by heart and new songs that got a great response. A sampling of her songs for the evening were “Where The Devil Don’t Go,” “Playing For Keeps,” “Can’t Be Loved,” the song she said got her signed “Good To Be A Man,” “I Told You I Was Mean,” “Kocaine Karolina,” “Song of Sorrow” and, of course, her Grammy nominated “Ex’s and Oh’s,” as well as an awesome cover of the Beatles classic “Oh Darlin’” and a heart wrenching rendition of Johnny Cash’s “Folsom Prison Blues” that kept the crowd fully engaged and wanting more…which she delivered!  She even introduced two new songs to the crowd that evening.

Closing for the evening with “Last Damn Night” and “America’s Sweetheart,” Elle King delivered an outstanding performance. Her voice is powerful and strong, and her music skills on guitar and banjo are fantastic. Her personality is wonderfully fun and this is why we expect her to be around for a long time. Whether Elle King is out on tour or recording, she is going places fast. We look forward to her next album!

Deep Sea Diver performed at the Terminal West on February 21, 2020

Joseph performed at the Terminal West on February 21, 2020 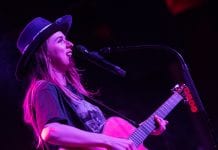